Home » Entertainment » WAWUU! These Weird Facts About This Tribe Will Shock You – Read More To Find Out What! 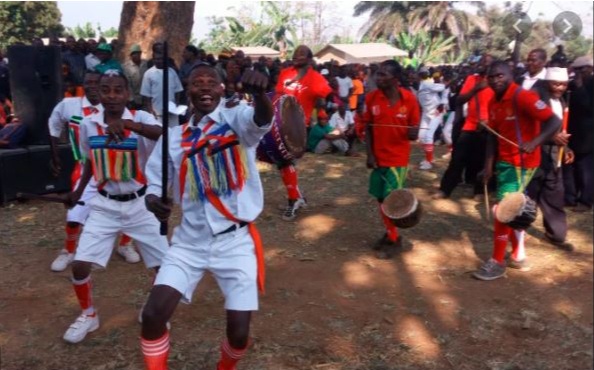 People from this tribe are called Angonde. The Ngonde and Nyakyusa migrated from the north, like other Bantu tribes and settled at the extreme north of Malawi near Karonga where they are still found today. The area was remote and as a result they did not suffer from Ngoni and Yao raids. The centre for the Ngonde people is the sacred Hill of Mbande, which stands in the bed of the Rukulu River, about 13 km from Lake Malawi. Their language is known as Kyangonde. There are approximately 300,000 Ngonde in Malawi (Johnstone 1993).

The Nyakyusa (also called the Sokile, Ngonde or Nkonde) are a Bantu ethnolinguistic group who live in the fertile mountains of southern Tanzania —former German East Africa.

They speak the Nyakyusa language, a member of the Bantu language family. In 1993 the Nyakusa population was estimated to number 1,050,000, with 750,000 living in Tanzania. Nyakyusa are marked as highly educated and eager agriculturists . The Nyakyusa are colonising people where success and survival depended on individual effort. Nyakyusa have managed to collect vast wealth from trade and agriculture than any tribe in Tanzania.

Historically, they were called the ‘Ngonde’ below the Songwe River in British Nyasaland, and ‘Nyakyusa’ above the river in German territory. The two groups were identical in language and culture, so much so that the Germans referred to the Nyakyusa region above the Songwe River and its people as ‘Konde’, at least until 1935.

Collectively, the Nyakyusa are traditionally thought of as being related to the Kinga of the Livingston Mountains, who had themselves spread westwards as immigrants. ‘Nobles’, ruling the land, were credited with divine powers, lived in strict religious seclusion, their chiefs (Princes), being strangled by their councillors in old age or illness in order to maintain rain, fertility, and the health of the village. The chief’s advisers were never his kinsmen, but only non-hereditary commoners with considerable power over the chief.

The Nyakyusa were a colonizing people where success and survival depended on individual effort. According to M. Wilson slavery was reported as being totally unknown in 1892, although the slave trade certainly existed in the vicinity of the Konde of Karonga. They lived in very small chiefdoms, not in groups of relatives, but in groups of age-mates attempting to live in harmony to avoid misfortune. 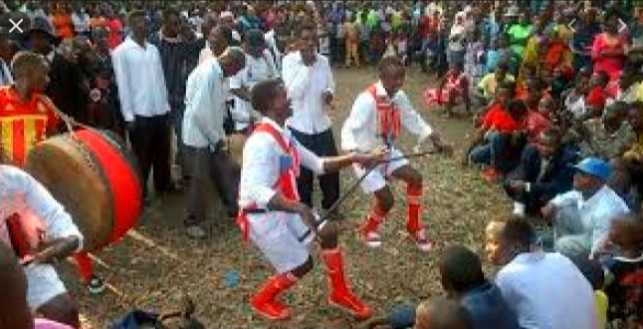 The Nyakyusa were eager agriculturists. They practiced intensive crop rotation with corn, beans, squash, sorghum, millet, yams, etc., with banana plantations stretching for miles. Clearing and hoeing the land three to four hours a day was the responsibility of the men and his sons, never the women. The crops were used for food, beer, and hospitality, as well as for sale and barter. Neither old age nor high status excused a man from his duty to hoe. They were said to fear leaving their area for concern of being unable to exist without their accustomed food of meat, milk, bananas etc. Each year at the beginning of the rainy season, the Nyakyusa assemble at a place called ‘Chikungu’ where their chief Kyungu calls for rain. All villagers are told not to light fire in their homes in the morning of the ritual rain-calling ceremony. All the villagers wait for the sacred fire from the shrine called moto ufya to be distributed.

Arbitration in disputes by a friend or neighbor is considered very important. The headman or prince had no power to enforce decisions and while there was no attempt to quiet a quarrel it is considered most proper to arrive at a settlement through some group opinion of equals, established before adolescence, resting on friendship, assistance, and cooperation.

There were no clans, or descent groups with a common name and by the third generation kinship bonds were often forgotten. Tradition rarely mentions warfare, although boundary disputes were normal and could lead to fights. Hunters, not warriors, were heroes, and they hunted for the protection of life and property, although the selection of weapons indicates they also organized for war.

Missionary Nauhaus was told of a boundary dispute in November, 1893, in which six men fell on one side and only one on the other. Such friction was not called war, “I was told it only happens so that there would be something to talk about”.

Outside the chiefdom the world could also be dangerous. A journey of twenty-five miles could take three days because of the need to often take cover. Not only were there unfriendly villages, but also because leopards, elephants, buffalos, hippos, crocodiles, etc., were plentiful. Before the arrival of German missionaries, the Nyakyusa just ‘cast their dead away’ or left them at ‘itago’ to die. 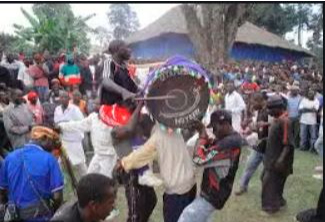 The women were dominated by the older men. They lived at their husband’s residence, married ten years earlier than the men, lacked solidarity, developed little leadership, and had no kinsmen to protect their interests. Missionaries reported adultery, divorce, litigation, and marital instability to be widespread. The Nyakyusa were accused of having a ‘frivolous’ attitude towards marriage, for few women of thirty were still married to their first husband and were very often on their fifth or sixth.

Women spent thirty hours a week fetching wood, and only when co-wives were sisters, or an aunt or niece, were they expected to work together regularly. Intense competition for the position of favorite among a man’s various wives was thought by the missionaries to be at least partly responsible for the low status of women, which was still considered higher than other tribes.