A CCTV footage captured the horrifying moment a suspected paedophile carried a 7-year-old girl out of her apartment block before assaulting her. 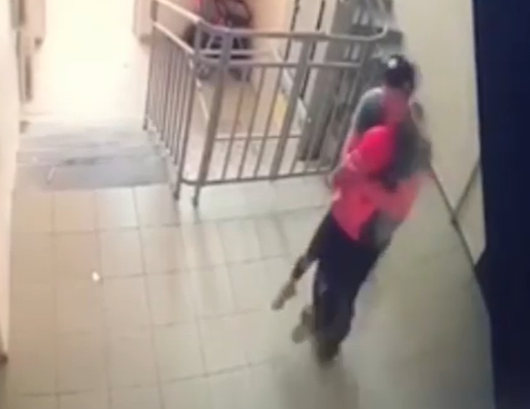 The disturbing video was captured on a CCTV camera in the southern city of Almaty, Kazakhstan on Wednesday, April 21.

The clip shows a girl, dressed in a pink winter jacket, entering her apartment block from a street while being followed by a man in a grey T-shirt and a black cap.

As the child rushes up the stairs, the man takes a second to look up to make sure there no one is around before rushing after the girl. They go out of sight for a while before the man appears again, carrying the child down the stairs to a place equipped with surveillance cameras.

After dragging the girl into the corner, the pervert ‘undressed her and touched’, police said.