The judgment of the court to give the actress a custodial sentence has been met with diverse responses from Ghanaians, others.

A greater section of the public has opined that the 3 months jail term given to the actress harsh because she is a first-time offender.

The document contains the 14 factors that were considered before handing actress Akuapem Poloo her 90 days jail sentence over her nude picture with her son.

Here are the 14 reasons why Akuapem Poloo was sentenced;

The intrinsic seriousness of the offences charged

The gravity of the offences charged

The premeditation with which the criminal plans were executed

The sudden increase in the incidence of these crimes

The age of the accused person’s son and the trauma he is going through in a society where counselling for victims of such criminal act is almost non-existent.

The court also took into consideration in imposing the sentence, the following mitigating factors;

The fact that the accused person pleaded guilty to the offences thereby not wasting the time of the court.

The accused person’s apology on social media after the publication of the nude photograph together with her son.

The accused person’s show of remorse.

The fact that the accused person has had no brush with the law.

The fact that the accused person is the sole breadwinner of her family.

Check below the document containing the above stated reasons why the court concluded to the 90 days(3months) jail term. 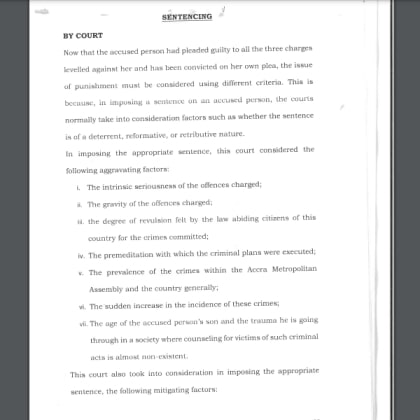 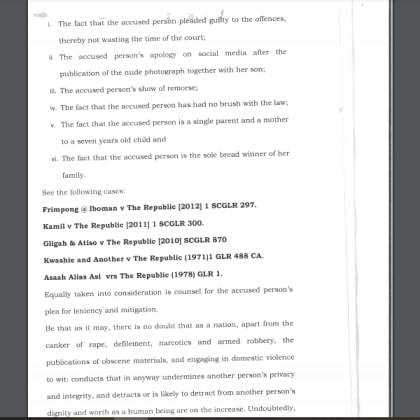 Akuapem Poloo on Friday 16th April 2021 was sentenced to 90 days( 3 months ) jail for publication of obscene material and other counts.