Home » News » Love has no gender — Beautiful moment lady takes her boo on date, proposes to him (Video)

The lady wanted to plan the surprise proposal with the restaurant workers, according to a video that has gone viral on social media sites. 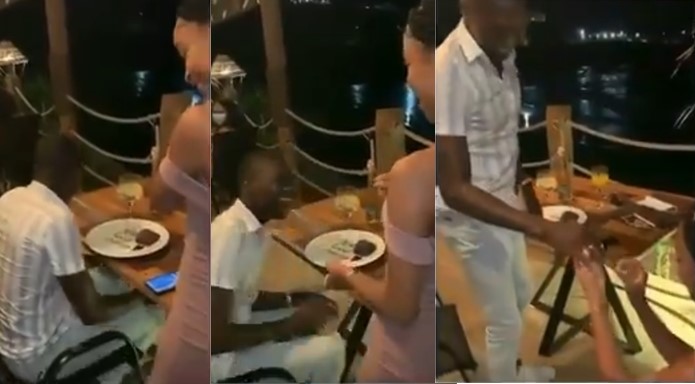 They brought a covered plate with food on it, but when he opened it, he saw the words “Will You Marry Me” neatly written on it.

He stayed in his seat, laughing and clapping before standing up, excited and surprised.

As people clapped and applauded, the young man held out his finger while his girlfriend got down on her knees and placed the ring on his finger.