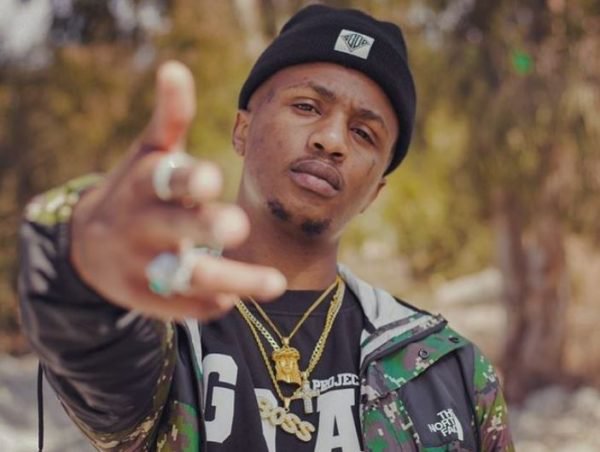 Emtee celebrates influencing Flvme’s number by claiming he is a big hustle.

The trap king is known to be a hustler, as it’s part of his nickname, but he tends to be aware that Flame’s drama on Twitter in the past few days was for clout chasing.

The Dead or Alive project owner was all over Twitter, as he dragged the father of 2 for underrating him after a fan suggested his name on the question, “Who has a better hook than me?”

Emtee’s question got Flame boiling and it became dramatic that he dropped a diss track “Accident”, and also taunted the Pearl Thusi  hitmaker via a phone call.

A fan shared screenshots of Flvme’s YouTube projects and it was realized the number went up within the past few days.

“Bare in mind that Flames numbers increased a lot due to this small fued,” tweep said.