The Presidential candidate of the People’s Democratic Party (PDP) in the 2019 election, Atiku Abubakar who turned 73 on November 25 is still in a celebratory mood as he received a birthday cake from his grandchildren.

The former Vice President took to Twitter to share photos of him warmly embracing his grandchildren as he thanked them for their kind gesture.

How sweet of my grandchildren to bring me a belated birthday cake. 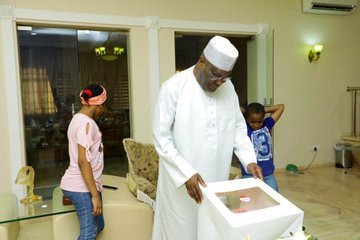 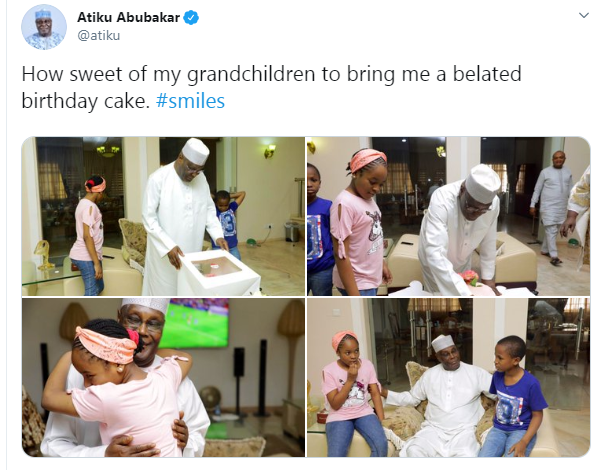 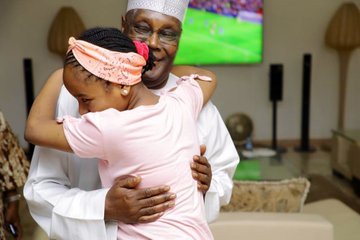 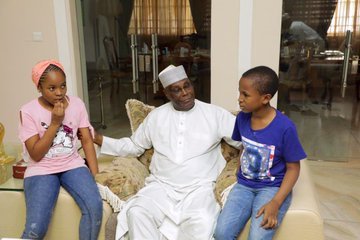 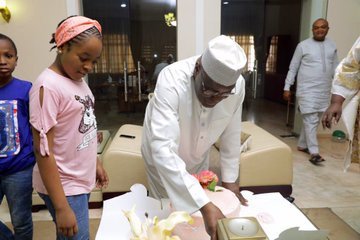