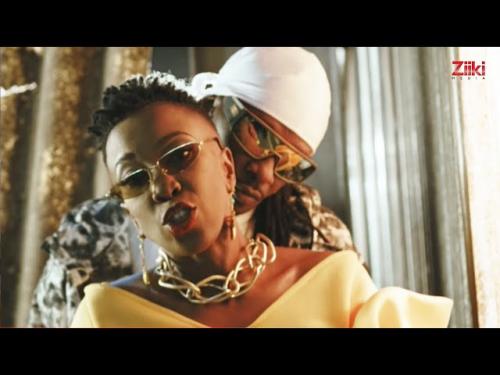 Superstar singer and songwriter, Nameless team up with Wahu aka the Mz on this ballad titled “Te Amo” which is the Spanish word for ‘My Love.’

Nameless and Wahu present Te Amo, a song that talks of flirty,fun, light, love and initial attraction between a man and a woman.

Written by up and coming artist Brandon Israel and produced by top producer Cedo, Te Amo is delivered in a fun, upbeat afro pop dance vibe that is sure to get the audiences on their feet.

This is the first ever collaboration between Nameless and his wife Wahu, and the 2nd right after “This Love Riddim’ release , and is of their soon to be released Album Project.

Nameless and Wahu are excited to be working on this album which weaves the colourful story of love and relationships; The ups and downs, success and failures, happy and sad moments, the couple will also share their relationship journey through this 12 track album as they tell the story behind the music.

One of the unique aspects of this project is the intentional audience inclusion in the creative process.

This has been initially expressed in how they reached out to their fans to ask them to propose the “group name” that they should adopt. They settled on the most popular opinions and combined the ideas.

As such, the communication for this project captures Nameless and Wahu, the two brands that come together to form a different brand called the Mathengez which for purposes of this project is shortened to the Mz, which also doubles as the name of the album project!.

More and more of this inclusivity will be seen, as they move along the album creative process. The video also features the beautiful, inspiring Azziad Nasenya, and the well known ladies man Alehandro Benzema who has wowed many with his fun lyrics and distinct melodies and music prowess.

The Mz Album Project promises a variety of sounds and topics and the team strives to release a single every month or so, as they build up to release the full album later this year and hopefully, circumstances allowing, be able to physically tour the country and East African region to promote the Album Mz Project.