Home » Entertainment » WONDERFUL! See Where The River Nile Flows From – Read This To Find OuT! 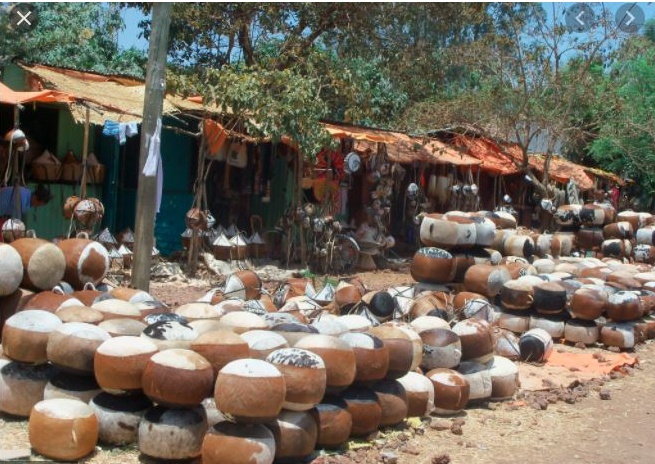 Bahir Dar is the capital of the Amhara Region in Ethiopia and former capital of West Gojjam. Administratively, Bahir Dar is a Special Zone. Bahir Dar is one of the leading tourist destinations in Ethiopia, with a variety of attractions in the nearby Lake Tana and Blue Nile river. The city is known for its wide avenues lined with palm trees and a variety of colorful flowers. In 2002 it was awarded the UNESCO Cities for Peace Prize for addressing the challenges of rapid urbanization.

Originally the settlement was called Bahir Giyorgis. In the 19th century, Bahir Dar was visited by Belgian, French, British and Italian travelers, who described it alternatively as a village or a town. The Italian traveller Mario Alamanni (1891) estimated its population between 1,200 and 1,600. 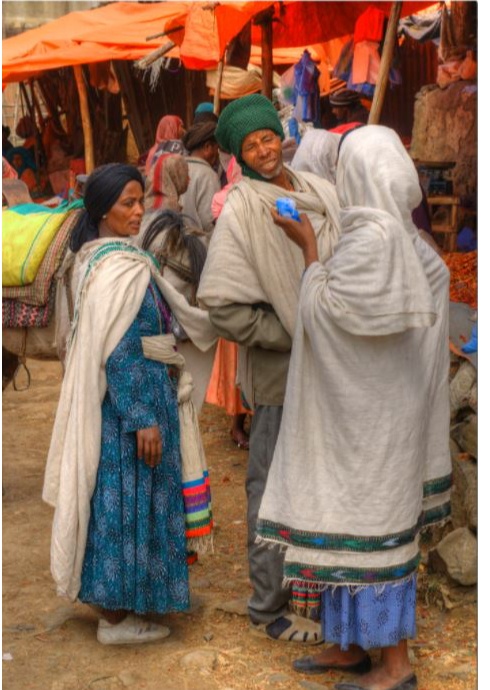 Bahir Dar is a beautiful lakeside town, and often the first stop on the historic north circuit of Ethiopia. Most people spend a night or two at Bahir Dar, giving you enough time to soak up the city and enjoy the scenery.

The most popular thing to do in Bahir Dar is the boat trip out on to Lake Tana, Ethiopia’s largest lake. Lake Tana is home to a number of islands, and on these islands sit ancient monasteries with incredible frescoes and wall paintings.

Slightly outside of town is the Blue Nile Falls. Most impressive during the rainy season from June to September, the falls are the biggest on the Nile river system. 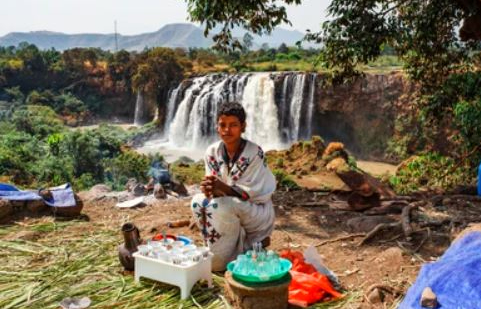 Lake Tana & Blue Nile Falls: Lake Tana, the largest lake in Ethiopia, situated north of the beautiful town of Bahir Dar is the source from where the famous Blue Nile River starts its long journey to Khartoum and to the Mediterranean via Egypt beautiful paintings.

Around the shore and on the islands of Lake Tana, many monasteries have been flourished, with their own theological schools, which still exist, housing immense historical and cultural treasures adorned with beautiful paintings. Along the lakeshore bird life, both local and migratory visitors, make the site an ideal place for birdwatchers.

The Blue Nile River flows out of the lake with tremendous force and volume over the basalt shoulder of a giant cataract and onwards from there, ever downwards through dark and angry defiles towards the deserts of the Sudan, on its way to enrich Egypt’s fertile delta.

The Blue Nile River flows out of the lakeThe power of the Blue Nile may best be appreciated just thirty kilometers downstream from the point where the river first leaves Lake Tana.

There, a thunder of sound fills the air and the green fields, and low hills on either bank tremble to the Blue Nile Falls. It is one of the most dramatic spectacles on either the White or Blue Niles, a vision of natural strength and grandeur.