Home » Entertainment » WONDERFUL! See The Unique Thing About This Tribe Way Of Communication – So Amazing! 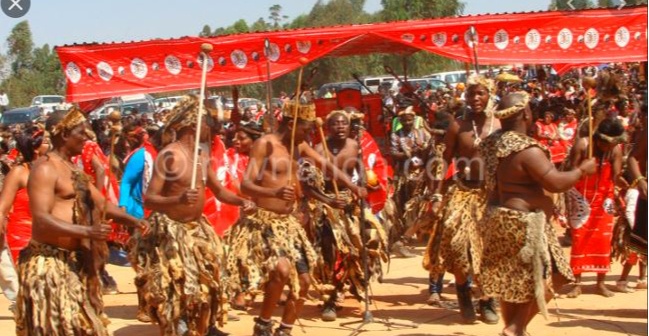 People from this tribe are called Angoni. The Ngoni fled from Shaka Zulu who defeated many Ngoni Chiefs in South Africa in 1819. The Ngoni that entered Malawi came in two groups. After their defeat, Zwangendaba Jere fled with his followers and settled at Mabiri in Mzimba District. The group that was led by Ngwane Maseko arrived in Malawi and settled in Ntcheu, near Dedza, in 1837. After a short stay, they left for Songea in southern Tanzania where they lived for some time before returning to Malawi. 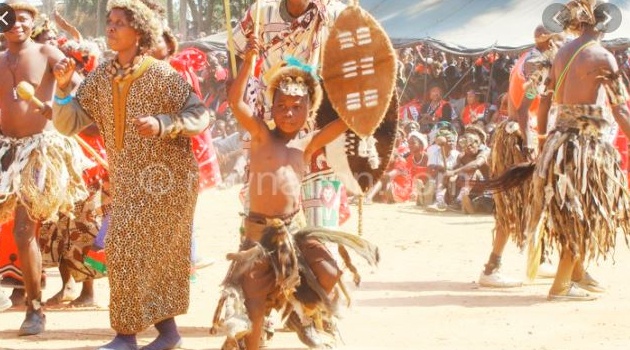 They finally settled in Ntcheu in 1867. Today, the Ngoni of Ntcheu have spread to other districts such as Mchinji and Dedza in the centre, and Mwanza and Neno in the south. The Ngoni language is known as Chingoni and its people are well known when it comes to eating meat and drinking African Beer. Eating meat and drinking beer are considered as the most important Ngoni principles. During their traditional dances, Ngoni people wear animal skins, showing that they are real hunters. In the past they were famous for their passion for war.

The brief Origin of the Ngonis

The Ngonis of different countries like Malawi, Zambia, Zimbabwe and Tanzania, trace their origins from the middle 1800. Maseko Ngoni originated from Swaziland while the Jele Ngoni originated from Zululand. We have no traits of their culture originally for the time they reached Malawi, they already found the Chewas who were already.

It is only clear that after sometime, the Ngoni dialect died off and currently there are few individuals who can speak it and all the rest speech Chichewa.

Ngonis and their modesty and courtesy

However, the Ngonis were and are still known with respect and courtesy, despite their quarrelsome attitude. A lot of people for a long time have admired Ngoni women and have been recommended to marry such. Their women are hard-working people and very respectful to their husbands.

The Ngonis have a very familiar greeting of everyday life. Their origin greeting vanished as they spoke Chewa. The children always are trained to greet the elder and revere them. Although the greeting was adopted from the Chewas, there is some a slight difference which makes it unique. 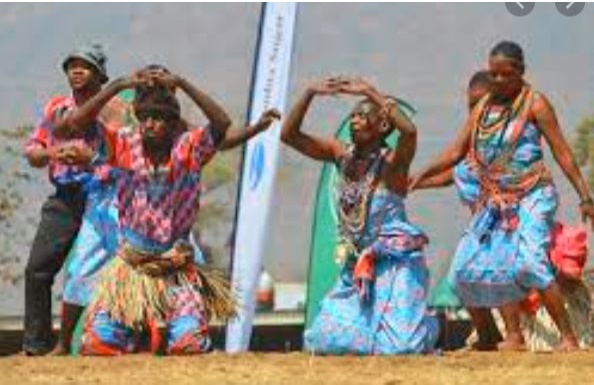 The Ngonis like the Bembas of Zambia, they also possess the greeting ‘Ali bwanji? ’, literally means ‘how are they?’. This greeting is common especially among the in-laws and elders. It is a tradition in most of the tribes of Malawi for the children to greet the elders ‘Muli bwanji? ’ which means ‘how are you’ but in plural form to show respect.

To begin with ‘zikomo, the word literally expresses gratefulness. But on the other hand the word, although is used in such way, it has no direct meaning. Therefore, the Ngonis have used this word in place for ‘wawa’. ‘Wawa’ is another word which has no meaning at all but play a very big role in the Ngoni tradition. These words are used simultaneously when a person is passing another person. Its either plural or singular. This word is a very powerful word for it is used to recognize the presence of the other despite you knowing the person or not.

The Ngonis use this word also when they are responding to their elders, in a specific case, when the fathers call their sons only, for the ladies, their response is ‘webambo’. This word is so profound that it shows respect, recognition, attention, reverence and other forms of traditional values. When men and women are having their local brewed beer call ‘ mowa wa masese’, when they are passing the chipanda[3] to one another, they use the word to express their respect in passing that ‘precious cup’ to the other person sitting next to him and also as a sign of hounouring that special gathering and communion shared among themselves.

The word is also used when one has already been answered and is invited to enter a house or is drawing near to the host. It does not say anything in particular but just shows respect and recognition of the other. Simultaneously, ‘wawa’ is also accompanied several gestures. The first gesture is when showing reverence. At this moment, the hands are held together or one puts his hand, either left or right, on his chest and he bends slightly while moving towards the appointed seat if offered. The second gesture is when one is taking off the hat on approaching someone. This displays an honest face to the host. With this act you prove that you are not hiding your identity and whatever your intensions are to the host, are good. Thirdly, similar to the first one, the also clap a distinct clap. Despite having no proper name, we can use the Bemba word for it called “Makuku” clap.

The very interesting part of this word is that it is highly used and some Chichewa Bible versions, used this word especially on the calling of Samuel. The lord calls Samuel and he answers ‘wawa’ in Chichewa.