Home » Entertainment » WAIT WHAT!! You Mean Fish Now Fall From the Sky?? Find Out More Here 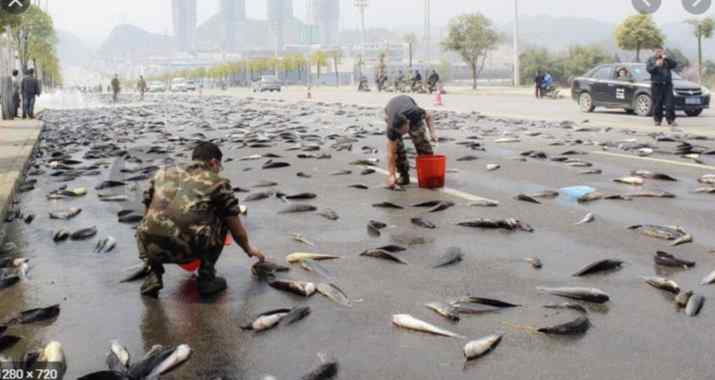 There are several mysteries in the world that are difficult to believe. One of such is the fish rain. How does it happen? Is it possible? Due to which process the fish suddenly falls from the sky that too with rain? Let us study through this article.

Have you ever heard or seen that the fish rains? There is nothing supernatural in this. In fact, these fishes do not fall from heaven. They fall from the sky and these are the fishes that live in the ocean or lakes only. But the question arises that how fishes reach the sky. Through this article, we will study the reason behind the sudden fall of fishes with rain in different places of the country.

Many scientists have done a lot of research on this, according to which it is discovered that such incidents occurred due to waterspout or tornado. When a tornado crosses the sea or ocean, then it gets converted into a severe storm of water. Fishes present on the surface of the water, or fish near the sea, even frogs, turtles, and crabs are drawn with the wind itself above the sky. 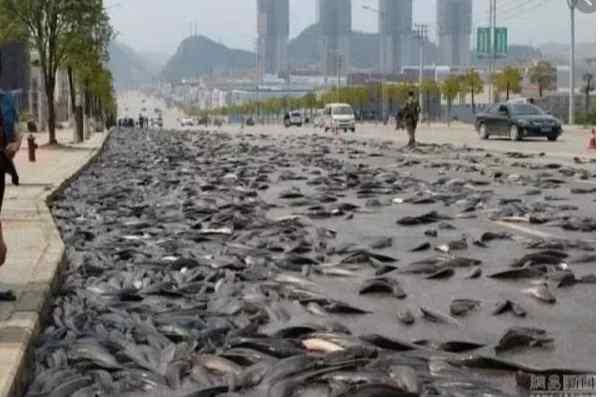 Because of tornado light things moves up into the sky, as it is activated on the surface of the water and pulls the lighted creatures upwards. These creatures fly along with the tornado and then remain in the sky until the speed of wind decreases. When the speed of the wind gradually decreases, then all the things baffled and thus the creatures fall with rainwater.

Both of these processes do not take in one place. Tornadoes take time to reach up in the sky and then to become still, till then it has covered a distance of several kilometres. It can also be understood that there is less chance of rain around the sea. According to the scientists and according to Bill Evans’s Meteorological Book ‘It’s Raining Fish and Spiders’, such incidents are observed around 40 times in various places in the world every year.

Villagers in west Sri Lanka have said they have been surprised and delighted by an unusual rainfall of small fish.

The edible fish fell during a storm and are believed to have been lifted out of a river during a strong wind.

Villagers in the district of Chilaw said they heard something heavy falling and found scores of fish with a total weight of 50kg (110lbs).

It is not the first such incident in Sri Lanka – in 2012, a case of “prawn rain” was recorded in the south.

Scientists say that “fish rain” usually occurs when swirling whirlwinds over relatively shallow water develops into waterspouts and sucks in almost anything in the water including fish, eels and even frogs.

The marine life can be carried long distances by buffeting clouds even when the waterspout stops spinning.

Villagers say that the “fish rain shower” took place on Monday with the creatures falling on the village green, roads and roofs.

Some of the fish – each three to five inches (5cm-8cm) in length – were still alive and were put in a buckets of water by villagers who ate them later. 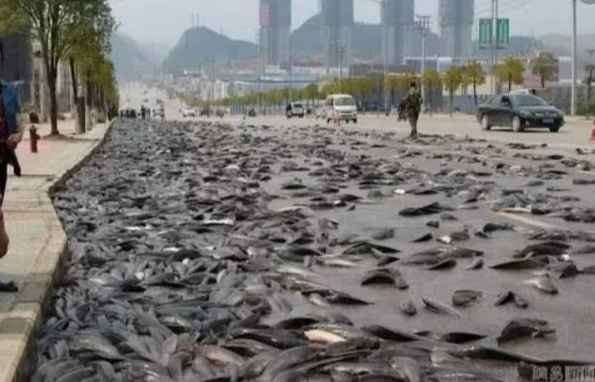 This is the third time this has happened in Sri Lanka, but not from the same area.

In addition to the reported “prawn rain” of 2012 in the south, there was yellow and red “meteor rain” the same year – a weather development that is reportedly still being investigated by US and British scientists.

Fish is a valued commodity in Sri Lanka.