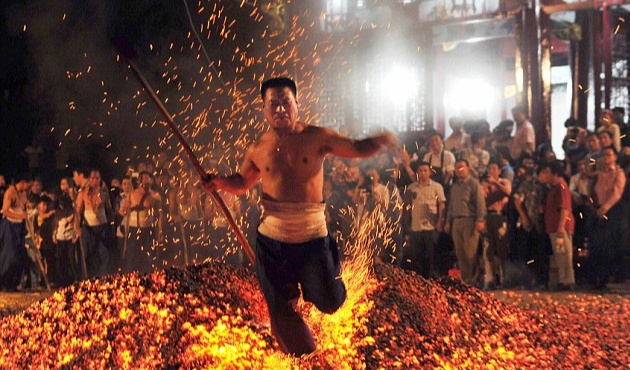 As the saying goes, the more investment you put into something, the better that will come out of it.

Yet as these incredible pictures from China show, some people are prepared to risk serious injury for a somewhat unbelievable outcome. In the Far East, firewalking is often undertaken as it is believed it can prevent natural disasters.

Those who participate in the actual firewalking not only establish their valor but also earn spiritual merit–which translates into a good fortune–for themselves and their families.

Chinese villagers run across burning charcoal at 700 degrees Celsius as part of an ancient ceremony to drive away evil spirits and avoid disasters. 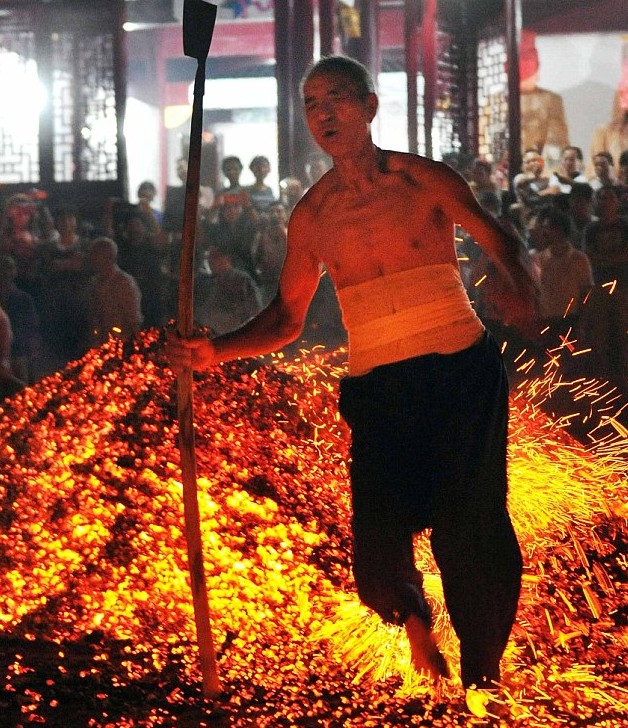 Although the ritual is no longer in mainstream Chinese society, it’s most common in Zhejiang province and still attracts large crowds.

Coal-walkers soak their feet in water beforehand to prepare for the daring run.

Beyond this, the efficacy of the ritual produces communal benefits, for this temple and its god’s spiritual power serve to protect the surrounding territory and its inhabitants.

So it is thought that although there may be injury and pain suffered when walking on the hot coals, the investment put into this act of bravery will translate into greater good for the greater number.

However, as some modern teachings profess, it is all about controlling your mind, and if you do that, you can get away without getting burned. 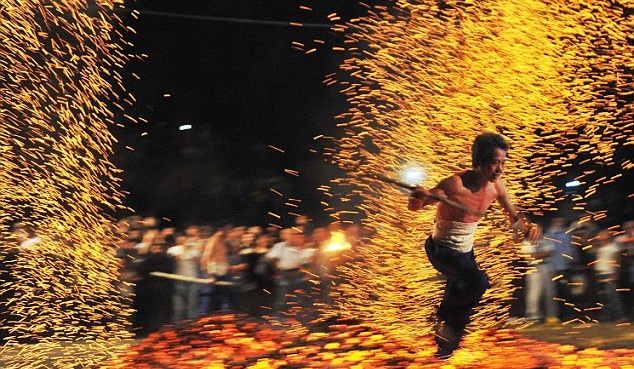 Either that or don’t spend too long stood on one section of the burning embers!

Yet as these pictures show, the Chinese way of doing it is not so much of a path of coals, but more like a mountain of fire. And the danger is obvious, with flames swirling in the night that pose much more of a risk than simply burnt soles.