Reactions have continued to trail the Academy’s choice of Anthony Hopkins ahead of fans’ favourite, Chadwick Boseman as winner of the 2021 Oscar Best Actor. 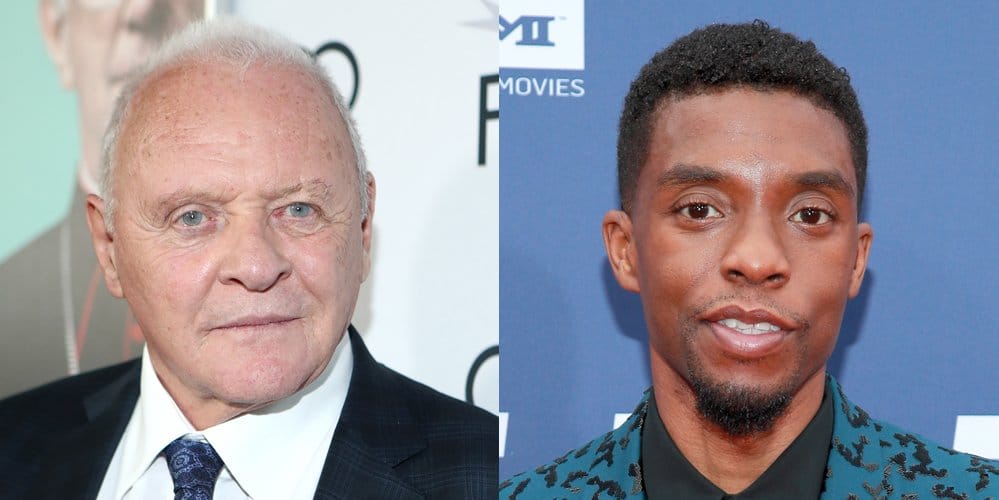 Despite not turning up for the award, the 83-year-old actor was announced the organisers’ surprise winner for the night.

Twitter reactions were swift and harsh as many believed the Black Panther actor had a leverage and rightly deserved the award over Hopkins.

“Yeah the “let’s put Best Actor last so, obviously, we can celebrate the life of Chadwick Boseman” really backfired,” he said.

Another tweep, Jacob Dominguez also expressed mixed feeling about the choice of winner.

“What an anti-climatic ending. I loved Anthony Hopkins’s performance in that movie, but it felt like Chadwick Boseman’s win was guaranteed. #oscars.”

A cinephile, Denizcan James, felt strongly emotional about the turnout of the best actor category.

“Rest in peace, King. Your movies will always be remembered. #oscars” he tweeted.

However, an entertainment buff and freelance writer, Richard Newby called for understanding, saying the choice of Hopkins by the organizers cannot be faulted.

“Anthony Hopkins is without fault. Class-act and brilliant performance in The Father. Truly, he, Boseman, and Ahmed were all neck and neck for me.

“Fault is on the Oscar producers who, for ratings, needlessly made the loss of an icon even harder on those anticipating his honor.”

According to the New York post, Hopkins scored multiple top honours throughout the season for his powerful, poignant portrayal of hot-headed musician Levee in “Ma Rainey’s Black Bottom.”

Nevertheless, the ageless Hopkins clinched his second Oscar for his role “The Father” on the night, nearly 30 years after winning Best Actor for “The Silence of the Lambs.”

The 83-year-old actor pipped the favourite and presumed frontrunner, Boseman, who tragically passed away from cancer at 43 in August 2020, to the award.

Although he had been nominated five more times since, including last year for “The Two Popes,” Hopkins has not been fortunate any global laurel since his scary portrayal of Hannibal Lecter in the 1991 thriller.

Recall the 83-year-old thespian made history earlier in the year when he was announced as the oldest Best Actor nominee in the history of the Academy Awards for his role in “The Father.”

Hopkins plays a man trying to piece his life together in “The Father,” a captivating movie that seeks to address the difficult topic of dementia.