Home » Entertainment » DEATH CELEBRATION! These People Wear Masks To Celebrate The Death Of Someone 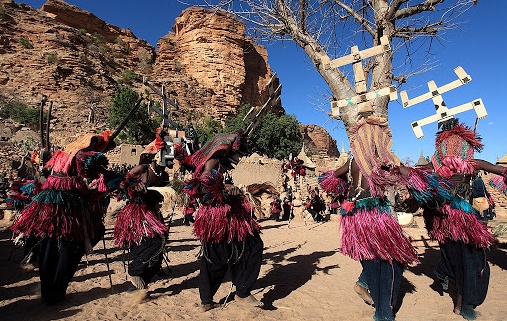 The Dogon people are known to live in the central plateau region of Mali. They are among the few African tribes who have managed to preserve their culture over the years.

Dogon, ethnic group is located at the Central Plateau region of Mali that spreads across the border into Burkina Faso.

Dogons who adhere to the Dogon religion believe in one Supreme Creator called Amma. They also believe in ancestral spirits known as the Nommo also referred to as “Water Spirits”.

Veneration of the dead is an important element in their spiritual belief. They hold ritual mask dances immediately after the death of a person and sometimes long after they have passed on to the next life. 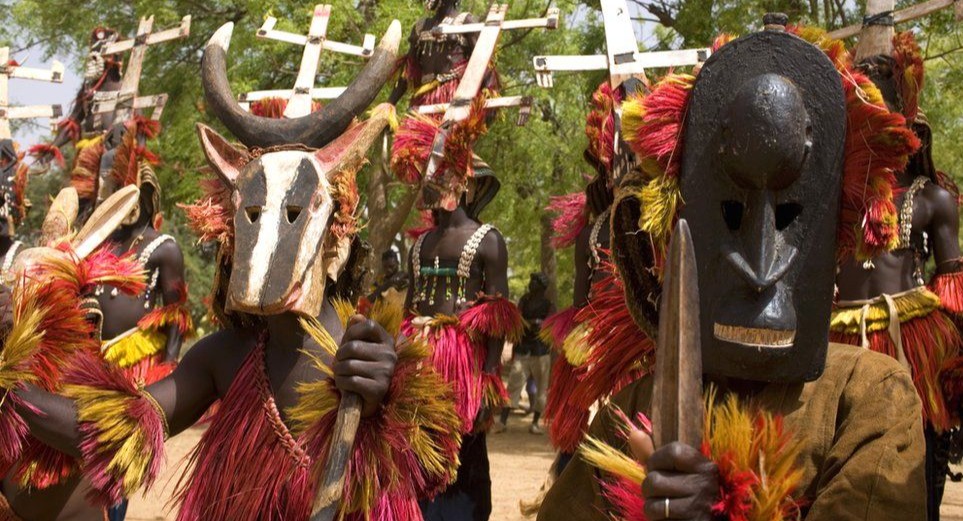 The majority of them live on the rocky hills, mountains, and the plateau. Their main source of income is agriculture; crafts making, then metalworkers and leatherworkers, form distinct castes.

What makes this tribe distinct is that they are renowned for their knowledge about the Sirius system which dates back to 3200 BC, long before scientists discovered it in 1862.

According to them, the Sirius A, which is the brightest star in Earth’s night sky, had a much dimmer companion: Sirius B, which has a fifty-year elliptical orbit around the bright Sirius A and is extremely dense.

From oral tradition, the Dogon confirmed their affiliation with extraterrestrial bodies that visited earth some years ago.

According to them, monstrous-looking amphibious beings in the form of mermaids and mermen from the Sirius system known as Nommos visited earth. The Nommos lived on a planet that rotated around other stars in the Sirius system. 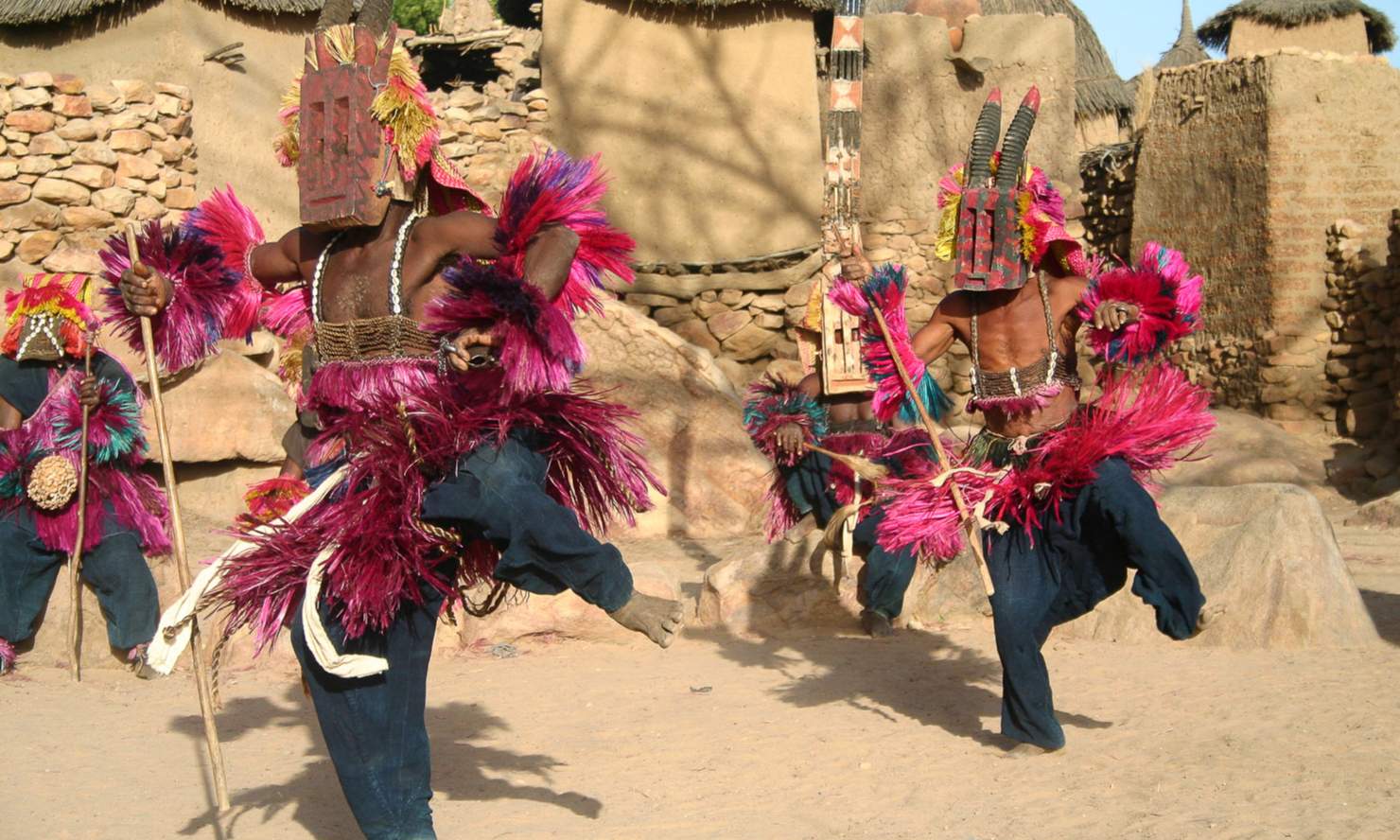 The people of Dogon recount that the Nommos, after descending on earth in an ark-like structure, gave them information about the Sirius system and the earth’s Solar system: that Jupiter has four major moons, Saturn has rings and that all planets orbit around the sun.

However, since the last Sigui celebration was in 1967, the next celebration is expected to happen in 2027. They believe that the celebration of Sirius B’s rotation comes to renew the earth.