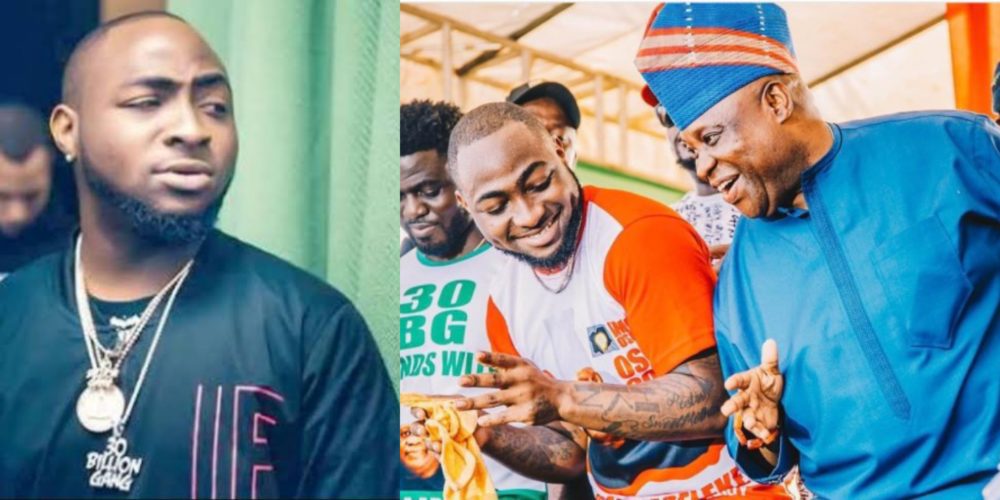 According to SaharaReporters who captured the clip, the singer who performed alongside all artistes under his record label, made the statement during the closing ceremony of Felabration 2018, which was themed ‘Overtaking Overtake’.

It was gathered that the singer had difficulties gaining entrance into the backstage, as the crowd waiting to catch a glimpse of him blocked his path.

Afterwards, he was ushered onto the stage by his protege, Mayorkun. He, however, stopped midway into his performance to announce his uncle the winner of the election.

“I want to give a shout-out to His Excellency, Governor Nurudeen Ademola Adeleke, the Governor of Osun State.”

The week-long annual Felabration 2018 event which came to an end on Monday morning, is organised in celebration of Nigeria’s Afrobeat maestro, Fela Anikulapo Kuti.