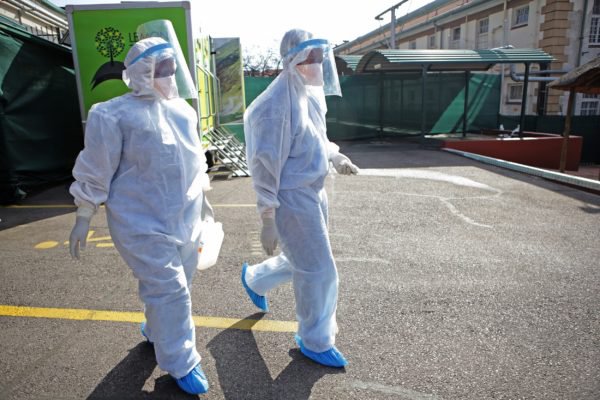 Who confirmed that Africa has escaped an “exponential” rise in coronavirus cases unlike other continents,

It suggested that this is due to low population density and the hot and humid climate.

This is far behind other continents.

The World Health Organization in a statement in French from its regional office in the Congo capital Brazzaville on Friday said:

“The transmission of Covid-19 in Africa was marked by relatively fewer infections which have subsided in the last two months.”

WHO explained further that some of the worst-hit countries such as Algeria, Cameroon, Ethiopia, Ghana, Ivory Coast, Kenya, Madagascar, Nigeria, Senegal and South Africa had seen a steady fall in infections in the past two months.

South Africa which is the worst-affected country in the continent as at Friday has 667,049 cases of which 16,283 were fatal.

The WHO said the “low population density, the hot and humid climate, the high level and the high percentage of youths combined” could contribute to the low infection rates.

“Around 91% of the infections in sub-Saharan Africa concerned people less than 60 and over 80% of these cases were asymptomatic,” it said.

WHO’s Africa director Matshidiso Moeti during a virtual meeting on Thursday said the fall in the infection rate is a testimony to the decisive public health measures taken by all the governments in the region.