Founder and general overseer of the Action Chapel International, Archbishop Nicholas Duncan-Williams, during one of the editions of the ‘Experience Conference’ at the Maker’s House Chapel International in Accra, shared a profound vision about Heaven, that we believe will move everyone that hears about it. 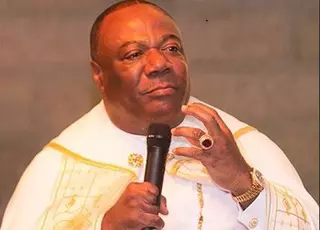 According to him, that vision he had about Heaven should change how people go about the work of God. He was optimistic that his testimony would take all those that hear it to Heaven.

He narrated that he was taken to Heaven. When he got there he saw people living in dormitories. He added that though he never knew any of those people, he wondered why they lived in dormitories in the Kingdom of God. He asked why, and he was told the reason.
According to the man of God, he was told that some of those people living in those dormitories were great ministers. Some had mega churches and ministries, wrote books, cast out demons, won souls and performed all sorts of signs and wonders. However, the motive for doing all what they did was wrong.

They did all that to win favour in the sight of men. They yearned for the praise of mere mortals. Some only wanted to prove that they were better than others in the ministry. Some worked hard to acquire large congregation members only to pride themselves in it. They craved to be known as great pastors with mega churches and huge congregations. Their motive was not a godly one. And so though, they were great in the sight of men, God did not accept them.

That shows clearly that the motive behind every action is utterly important. Many at times, do we ponder over the motive behind our so-called good deeds? Do we do good to others as an act of love, or do we do it to feel important? Many are those who do good to others to feel superior to them. That may seem good in the eyes of men, but the real intent cannot be hidden from God.

One time, I heard Pastor T.B. Joshua tell his congregation members that when they do good to others, they should thank them for offering them the opportunity to do good. In that case, their motive would not be to make them feel indepted, but rather loved.

The archbishop continued that he was also shown the City of T.L. Osborn. Dr. Tommy Lee Osborn was an American Pentecostal televangelist, singer and author whose ministry was based in Tulsa, Oklahoma in the United States. He was a very influential teacher until his passing away in February, 2013.

In his old age, Osborn was still passionately preaching the unadulterated Word of God and winning souls for the Lord Jesus Christ. He did all that not to win favour in the sight of men, nor to be praised by men, but to please his maker in Heaven. No wonder he has a whole city in his name in Heaven.