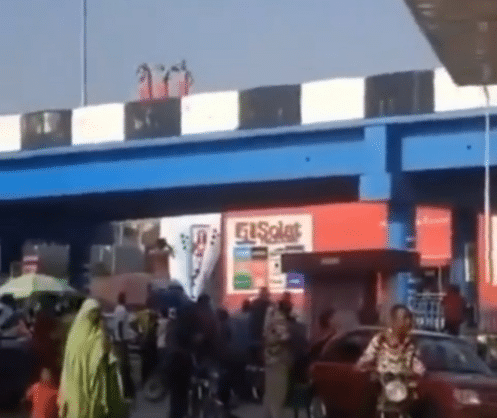 A viral video has shown the moment three suspected ritualists were seen having their bath on a bridge in broad daylight.

In the video, the men were dressed in red wrappers which were tied around their waist as they scrubbed their body with soap on a bridge in Ibadan.

Nigerians gathered below the bridge to watch the shocking scene.

The man filming the scene is heard saying that the people came with ‘army’ as escorts.

Some persons are wondering how bold the men must be to take such action in broad daylight whilst some others think it might just be a skit.