A video has surfaced on social media platforms and in the video, one could see students ready to beat their rector as alleged. 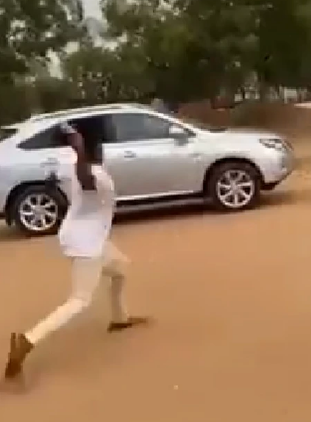 Besides, one could see through the video that some students were holding harmful objects while a male student threw a stone at the alleged rector who drove off speedily from the premises.