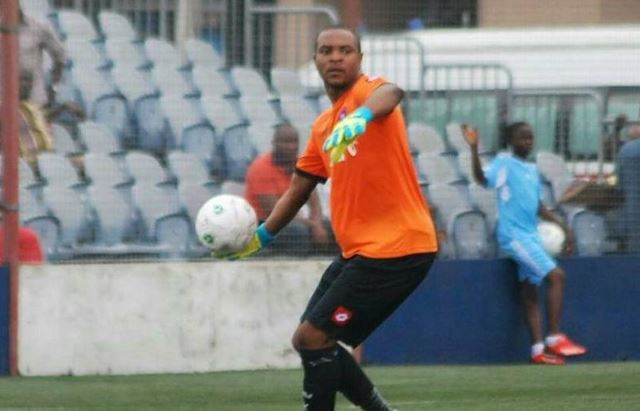 His club confirmed the news on Twitter and said the incident occurred on Friday morning April 3.

The Cameroonian shot-stopper was rushed to the University Teaching Hospital (UCH), Ibadan, where he is currently receiving treatment. 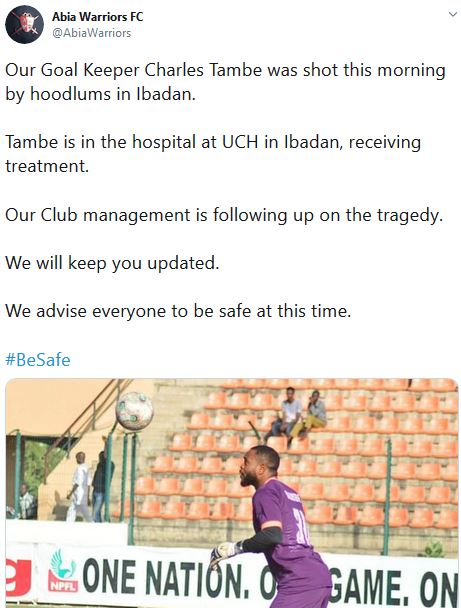 According to a statement issued by Abia Warriors’ sporting director Patrick Ngwaogwu, the former Shooting Stars and Lobi Stars goalkeeper was shot on his way for his morning exercise routine.

“He is not a rascal. He went for his morning walk out at about 07:00 this morning in Apata area, Ibadan where he stays with his family,” Ngwaogwu said, per BSN Sport.

“They accosted him and collected his wristwatch and handset. And shot him on the hand.

“He is presently in UCH, receiving treatment. The club is very much on top of the situation.”