The leader of the procribed Indigenous People of Biafra (IPOB), Mazi Nnamdi Kanu has claimed that Fulani terrorists are allegedly abducting people in Ozubulu and Ihiala in Anambra State. 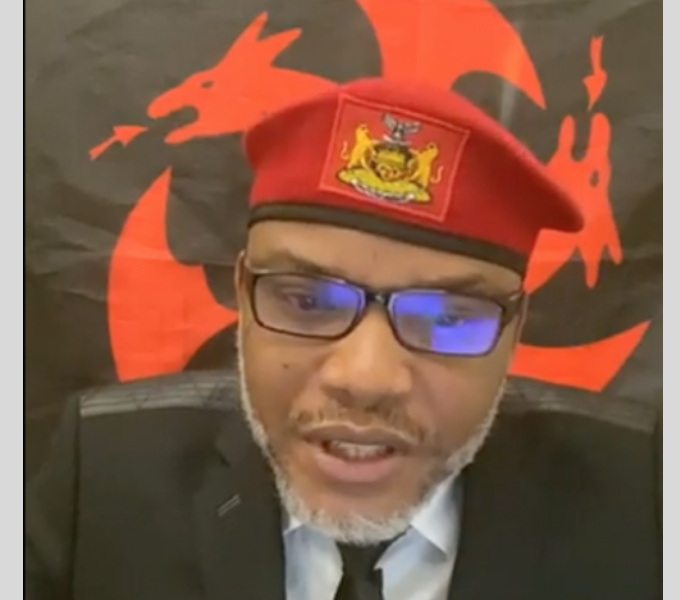 Vanguard reports that the wanted IPOB leader made this known iNnamdi Kanun a post on his Twitter page on Sunday.
According to the pro-Biafra activist, the ‘Fulani soldiers’ arrived in over 30 Toyota Hilux.

“RED ALERT Police cars revolving light!!!
“There are confirmed sightings of ongoing abductions & kidnappings of people around OZUBULU and IHIALA right now by Fulani terrorists/soldiers of the Nigerian Army.

“They arrived in over 30 Toyota Hilux vans. Some were seen patrolling on foot around these areas.”