Home » News » Katie Price ordered to pay ex-husband Alex Reid £25,000 in damages after he sued her for ‘misuse of private information’ 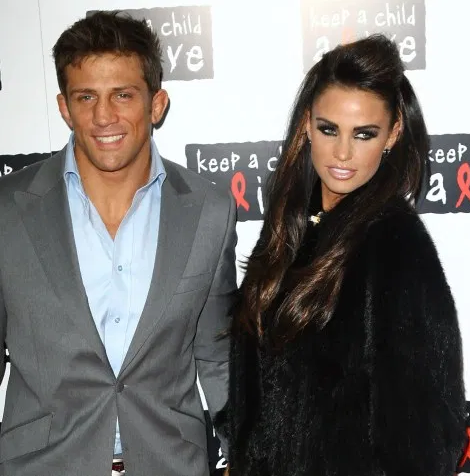 Katie Price has been ordered to pay her ex-husband Alex Reid £25,000 in damages after he sued her for breach of confidence, misuse of private information and breach of contract.

During a hearing at London’s High Court, on Friday, March 13, Mr Justice Warby ruled that Price will pay Alex Reid £25,000 in damages.

Alex, 44, sued Katie Price, 41, at the end of 2019, citing “misuse of private information”. Alex accused Katie of showing footage of him on Celebrity Big Brother’s Bit On The Side in January 2018.

He also claimed she made details about his private life public at Simon Cowell’s 50th birthday party, 10 years ago, and had repeated what she said on other occasions.

Some of this is related to “cross dressing antics”.

In November, Judge Warby ruled Alex was entitled to damages after he claimed he was “denigrated in the street” following his ex’s comments.

Alex told Warby: “She was talking about me being a cross-dresser and said she had named her horse ‘Jordan’s Cross Dresser’. It is absolutely horrendous.

“I’ve been publicly denigrated by someone with so much power. It’s absolutely soul-destroying.  Even recently I’ve suffered from extreme mental health. I’m currently seeing a cognitive behavioural therapy practitioner under the NHS because of this very reason.  She publicly tried to destroy me.”

Barrister Philip Williams, who is representing Alex, said his client thought Katie had acted maliciously to “further her own profile” and “for her own financial gain”.

He told the court: “It’s an understatement to say that it had a devastating effect on him. Whatever money he is paid, it’s just not going to give him his life back. It’s been destroyed. He was mortified on being told that she had shown this private material to people.”