Home » News » “It was all about the points,” says Middendorp after Chippa win

Kaizer Chiefs were put to pressure by Chippa United after they scored a goal. Chippa threatened to equalise by mounting pressure on Chiefs as they battle their way to Absa Premiership title ambitions 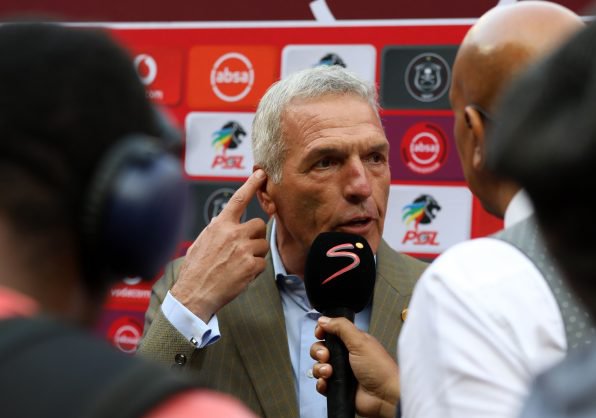 During the first half, Khama Billiat was able to put the ball at the back of Chippa’s goal post.

However, the Chilli Boys who were left with nine players on the football pitch, were a frustration to Amakhosi side throughout the first half, but Chiefs were able to hold on and protect the three points till the end of the match.

Middendorp made his statement after the match and was happy with the win and were able to achieve their goal with three points in their pockets to take home.

“It is about the points now… it’s about winning. I am fully aware of that. It is not about the soccer that Kaizer Chiefs play,” said Middendorp as the display was lacklustre but they achieved what they needed.

“You could see today that we had two days less for recovery. They played on Friday, we played on Sunday and this makes a huge difference.”

“Before the game I was already aware of how far some players will be able to go. But I am very happy with the entire team. We have gone through this successfully. The fighting spirit is there and that’s what we needed today,” said an uncharacteristically calm and perhaps emotionless Middendorp in a TV interview.