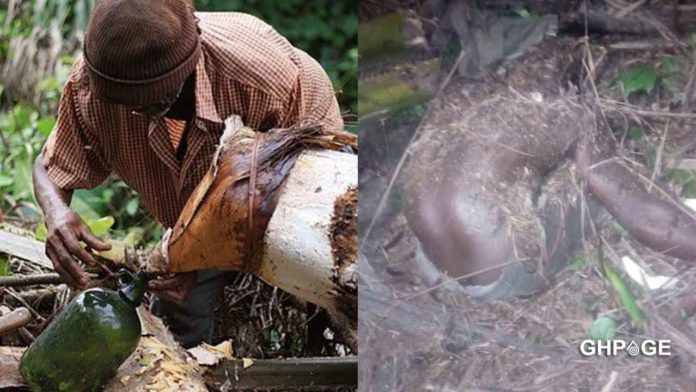 A piece of heart-wrenching tidings received this morning confirms the death of one Agya Manu, a palm wine tapper in the Upper Denkyira East District of the Central Region.

The man believed to be in his 50’s who went missing for days has been found dead with a missing head on a farm at Dunkwa Asoboa, Ghpage gathers.

By reports, the palm wine tapper was alleged to have been murdered for ritual purposes reason his head was cut off and dumped in the bush.

On April 20, the body was found lying at the entrance of the farm he went to tap the palm wine by one Maame Otu.

Maame Otu rushed home to give the news of the dead body she had found, and community members of Asoboa in Dunkwa rushed to the farm to check.

The family of the deceased confirmed it was him after close examination of the headless body.