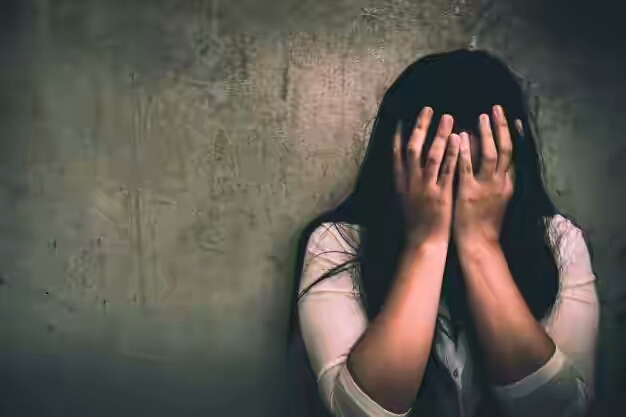 The police have arrested a man for allegedly stealing from a woman and defiling her 10-year-old daughter in Alagbado area of Lagos State.

Though the alleged culprit, one Afeez Saka, was not caught in the act, the police however arrested him after the victim and her mother, one Mrs. Omokhwa, fingered him as a suspect.

Reports gathered that the girl noticed someone was lying behind her on a mat around 1.30 am on October 1, 2019 in her parents’ apartment.

She was said to have screamed when the man reportedly tore her pants and hurriedly ejaculated on her body.

It was gathered that her grandmother, who lives with the family, was alerted and she switched on the light.

They reportedly saw the back of the suspect as he fled the room.

According to reports, A pair of slippers suspected to be owned by the intruder was found at the entrance.

The slippers were traced to Saka, who is a neighbour of the victims, and he was arrested.

Omokhwa told the police that her purse containing a sum of N26,600 and her mobile were stolen by the suspect.

“At 1.35am of October 1, 2019, I was sleeping on the bed in my room when I heard my daughter’s voice. She asked if I was the one who slept behind her and I said no. She shouted and her grandma switched on the light. I came out from my room.

“My daughter told me that the man had run away. He cut off her pants and ejaculated on her body. I saw a pair of slippers by the entrance. I called my co-tenants and showed them. They said the slippers belonged to a man (Saka) living close to our house. I wanted to inform my landlord when I discovered that my phone and purse were missing. I have about N26,600 in the purse.

“I took the slippers to my landlord’s house and he followed me to the man’s house. He admitted that the slippers belong to him but denied having sex with my daughter. He lives in a room with five others.”

The girl stated that while she was asleep, she felt a sting in her back and her body suddenly became wet.

“I shouted and my grandma quickly switched on the light. I saw a man running away. The man did not penetrate into my private parts but he tore my pants and ‘poured’ (ejaculated) on my body,” she added.

Saka admitted that the slippers were his but denied committing any crime, adding that he didn’t go out at night.

“I am a bus conductor. A neighbour came to my room around 2am and woke me up. She alleged that a man entered her room and sexually harassed daughter. She stated further that her money and phone were stolen. I told her I didn’t know anything about it.

“She then brought out a pair of slippers and asked me if I was the owner. I confirmed they are mine. She concluded that I was the one who entered his room. An argument ensued because I didn’t understand what she was saying. Her landlord intervened. I didn’t know anything about ejaculation and I didn’t go out at night.”

Saka was consequently brought before an Ikeja Magistrates’ Court on two counts of stealing and defilement by a prosecutor, ASP Benson Emuerhi.

“That you, Afeez Saka, at Alagbado, Lagos, on October 1, 2019, at 1.35am, in the Ikeja Magisterial District, did defile a 10-year-old girl by having sexual intercourse with her, thereby committing an offence punishable under Section 137 of the Criminal Law of Lagos State of Nigeria, 2015.

“That you, Afeez Saka, on the same date, time and place, in the aforementioned magisterial district, did steal a purse that contains N26,000 and itel phone, valued at N15,000, property of one Blessing Omohkwa, thereby committing an offence punishable under Section 287 of the Criminal Law of Lagos State of Nigeria, 2015.”

Saka, however, pleaded not guilty to the charge and elected summary trial.

The presiding magistrate, Mrs O. Sule-Amzat, granted him bail in the sum of N50,000 with two sureties in like sum.