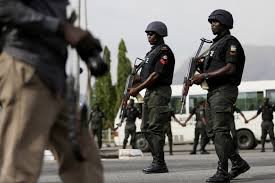 A 32-year-old man, identified as Yemi Ajayi, was allegedly shot dead by a police officer at the Iwo Road interchange, in Ibadan the Oyo state capital today July 10.

According to eyewitnesses, late Yemi and his cousin were driving to work when a team of policemen stopped them. Trouble started when one of the policemen started struggling with Yemi’s cousin who was the driver of the car. The eyewitnesses said as the driver struggled to keep his car from veering off the road, the officer allegedly fired a shot which hit Yemi in the stomach, killing him instantly.

The state police command is yet to comment on the incident.