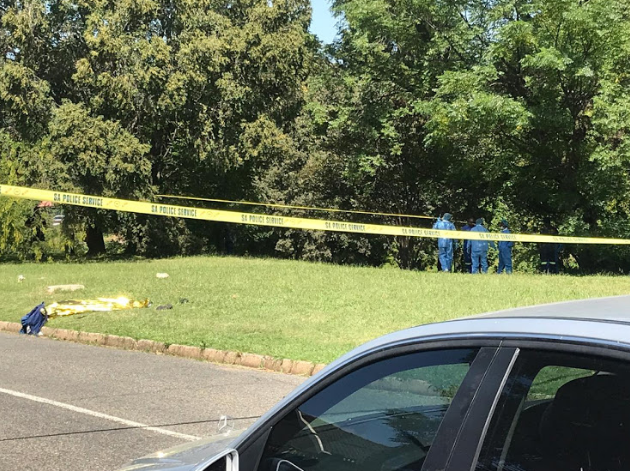 Two teenagers have accepted responsibility for the murder of a Mondeor High School pupil, the NPA said on Friday.
Image: Naledi Shange

Two of the boys who were arrested in connection with the murder of Mondeor High School pupil Kulani Mathebula have accepted responsibility for their actions, the National Prosecuting Authority said on Friday.

The two, aged 13 and 15, had appeared alongside another accused in the Johannesburg Magistrate’s Court on Friday. They appeared behind closed doors because they are minors.

His matter will be heard again on Monday in the regional court.

The other two accused will return to court on March 29.

In the interim, they will undergo psychological evaluation to determine whether they have criminal capacity.

“They are all released into the care of their parents,” said Mjonondwane.

Mathebula, a 19-year-old pupil, died after being stabbed while walking from his home in Mondeor, south of Johannesburg, to school on Wednesday morning.

Preliminary investigations have revealed that his cellphone may have been taken during the attack.

The three suspects were arrested just hours after the killing. CCTV footage taken from various cameras in the vicinity placed people at the scene of the crime.

Meanwhile, an emotional memorial service was held for Mathebula at his school on Friday.

He is expected to be laid to rest at Malamulele in Limpopo at the weekend.