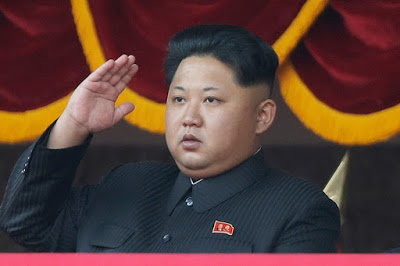 South Korea’s defence minister Han Min-koo has said his country has a plan to launch a special forces Unit to go to North Korea and kill Supreme leader Kim Jong-Un if he decides to attack South Korea with missiles.

According to Han Min-koo, military chiefs are “considering launching a special forces unit to assassinate North Korean leader Kim Jong Un.”
The operation would be part of ‘Korea Massive Punishment and Retaliation’ plan (KMPR), which was announced after North Korea’s tested it’s fifth nuclear warhead earlier this month, Han added during a parliamentary meeting in Seoul on Wednesday.

According to Korean times, Commandos and precision missile attacks will be deployed in Pyongyang if Kim Jong-un deploys one of his nukes on South Korean soil.

According to Han, the retaliatory attack will be supported by Seoul’s missile defence system and a pre-emptive attack system operated by the US called ‘Kill Chain’.
Han added:

“If it becomes clear the enemy is moving to attack the South with nuclear missiles, in order to suppress its aims, the concept [of the special forces] is to destroy key figures and areas that include the North Korean leadership,” Han told lawmakers.