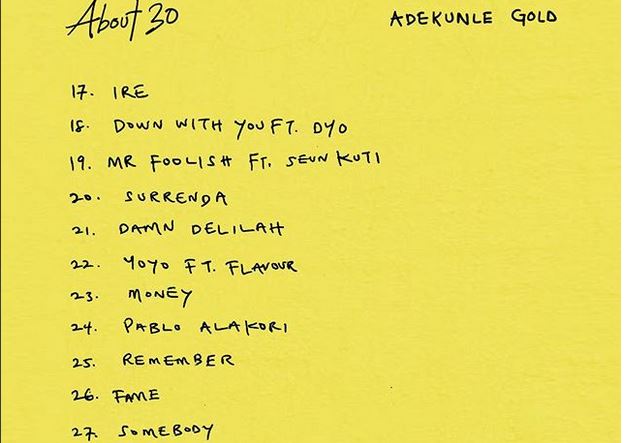 “Mama” is one of our favorite track off Adekunle Gold’s About 30 Album which is a follow up album to his debut album “GOLD”, A chart topper project released back in 2016 under the label imprint YBNL Nation, Besides “Mama” we’ve other scintillating singles & features we’d like to share.