Ghanaian investigative journalist Manesseh Awuni has said the youth of the Country deserve better than the peanut they receive as salries in Ghana.

The former Joy FM journalist stated the youth of the country especially university graduates are not treated fairly with regards to the salaries someone of them are on.

Manesseh used government’s anti unemployment initiative NABCO which employs graduates from tertiary institutions in Ghana as a case study stating that for a NABCO worker even to work for four years without touching his her salary, he/she cannot buy a used Elantra car which cost only $5800.

A NABCO worker is paid GHS700 which is equivalent to $120 as a salary and per Manesseh’s calculation when this sum is stretched in four years it won’t be enough to buy a used Elantra Car.

The seasoned journalist thus argues the youth of the nation deserve better. 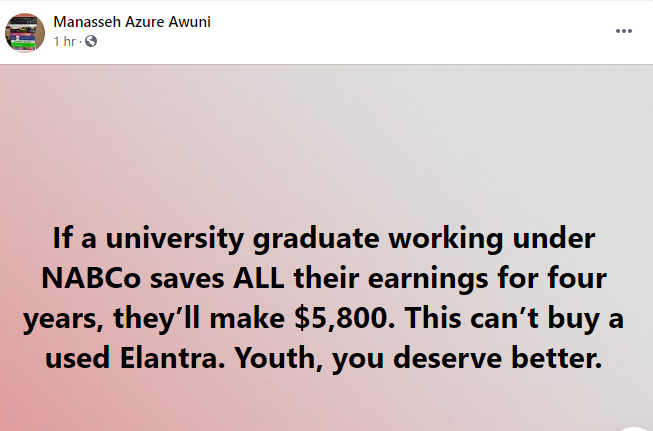