The official nominees for the 2022 edition of the Vodafone Ghana Music Awards(VGMA) have been announced and as usual, while some musicians are jubilating over it, others are unhappy.

Kumasi based rapper Y-Pee happens to be one of the musicians who are unhappy after failing to get nominations in this year’s event which is scheduled to come off later this year.

According to the rapper, he deserved to have had a nomination this year but the organizers of the awards failed to recognise his work in the years under review.

In a post sighted on his social media handle, he revealed that any rapper who goes home with the rapper of the year should as a sign of respect present the plaque to him.

He posted: “Any Artiste That Wins The Best Rapper Award Should Come And Deliver It To Me! It’s Mine For Sure! No Cap”. 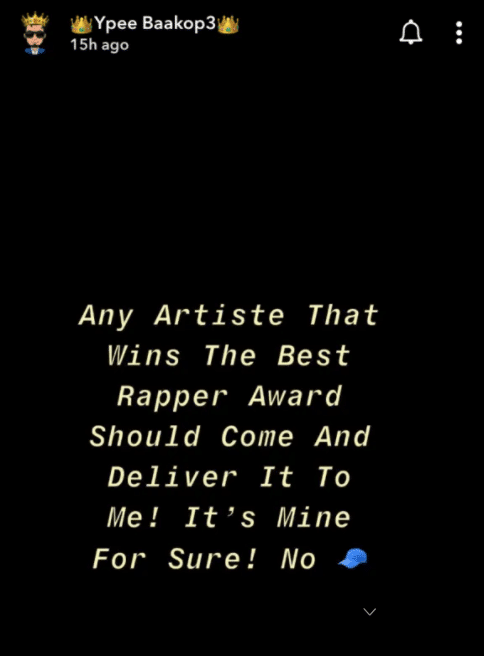 The six rappers battling it this year are Amerado, Eno Barony, Joey B, Medikal, Sarkodie and Strongman.