Home » Entertainment » WOWWW! See The Tribe That Believes Trees And Rocks Have Spirits – So Incredible! 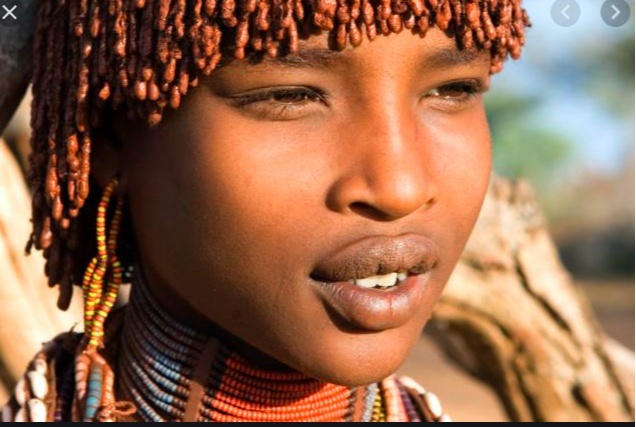 The Hamer, or Hamar, are an Omotic community inhabiting southwestern Ethiopia. They inhabit the territory east of the Omo River and have villages in Turmi and Dimeka. The 2007 national census reported 46,532 people in this ethnic group, of whom 957 were urban inhabitants. They are known for their practice of body adornment and wearing a multitude of colorful beads. Women adorn their necks with heavy polished iron jewelry. The Hamer men have a reputation of being less than adoring husbands. The women submit to the ritual floggings proudly and love to show the deep scars that are regarded as a proof of devotion to their husbands.

Often families will pool their livestock and labour to herd their cattle together. In the dry season, whole families go to live in grazing camps with their herds, where they survive on milk and blood from the cattle. Just as for the other tribes in the valley, cattle and goats are at the heart of Hamar life. They provide the cornerstone of a household’s livelihood; it’s only with cattle and goats to pay as ‘bride wealth’ that a man can marry. A lot of their culture has now become well-known to the outside world. 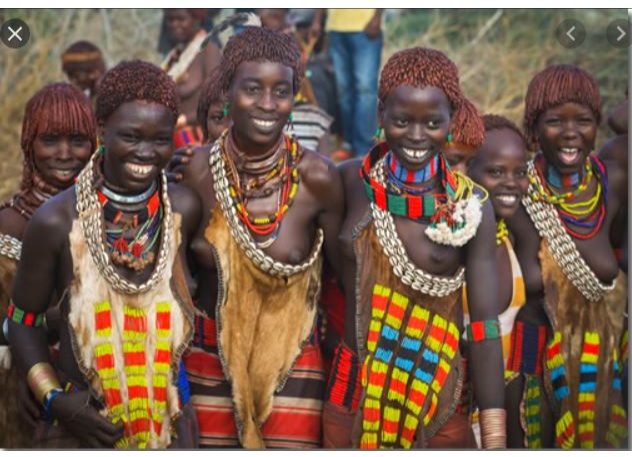 Honey collection is one of their major activity and their cattle is the meaning of their life. They will stay for a few months wherever there is enough grass for grazing, putting up their round huts. When the grass is finished, they will move on to new pasture grounds. This is the way they have been living for generations. Once they hunted, but the wild pigs and small antelope have almost disappeared from the lands in which they live; and until 20 years ago, all ploughing was done by hand with digging sticks.

Men and boys usually sleep on cots in the center of the camp, near the cattle. Camels are used for riding and as pack animals. Most Hamer plant fields of sorghum at the beginning of the rainy season before leaving on their annual nomadic journey. Some households also plant sesame and beans. Because the crops are usually leftunattended, the yields are low. Few households grow enough grain to last through the year.

There is a division of labour in terms of s3x and age. The women and girls grow crops (the staple is sorghum, alongside beans, maize and pumpkins). They’re also responsible for collecting water, doing the cooking and looking after the children – who start helping the family by herding the goats from around the age of eight. The young men of the village work the crops, defend the herds or go off raiding for livestock from other tribes, while adult men herd the cattle, plough with oxen and raise beehives in acacia trees.

Sometimes, for a task like raising a new roof or getting the harvest in, a woman will invite her neighbours to join her in a work party in return for beer or a meal of goat, specially slaughtered to feed them. Relations with neighbouring tribes vary. Cattle raids and counter-raids are a constant danger. The Hamar only marry members of their own tribe, but they have nothing against borrowing – songs, hairstyles, even names – from other tribes in the valley like the Nyangatom and the Dassanech.

Hamar parents have a lot of control over their sons, who herd the cattle and goats for the family. It’s the parents who give permission for the men to marry, and many don’t get married until their mid-thirties. Girls, on the other hand, tend to marry at about 17. Marriage requires ‘bride wealth’, a payment made to the woman’s family and generally made up of goats, cattle and guns. Although it’s paid over time like instalments of a bank loan, it’s so high (30 goats and 20 head of cattle) that it can’t usually be paid back in a lifetime.

Because men tend to be older than their wives, they often die first. Lots of Hamar households are headed by women who have survived their husbands. A widow also has power over her husband’s younger brothers (and their livestock) if their parents are already dead. Brothers and sisters are important to each other in other ways. The most dramatic example is the ritual whipping before a brother’s cattle-leaping ceremony. The land isn’t owned by individuals; it’s free for cultivation and grazing, just as fruit and berries are free for whoever collects them. The Hamar move on when the land is exhausted or overwhelmed by weeds.

A cruel tradition still has currency for some Hamar: unmarried women can have babies to test their fertility, but some of them are just abandoned in the bush. This tradition tends to disappear but Non-governmental organizations still save abandoned new borns. Abandonment are all the more frequent than some Hamar believe that a child born out of formal marriages has “mingi”, as to say something abnormal and unclean. For them, it is the expression of the devil, which may cause disasters such as epidemics or drought in the village. So, illegitimate children are abandoned. This kind of beliefs can also be observed in other Ethiopian tribes: many parents prefer to sacrifice their own child rather than risk being affected by the evil eye.

The Hamar have very unique rituals such as a bull-leaping ceremony, that a young men has to succeed in order to get married. A Hamar man comes of age by leaping over a line of cattle as an initiation rite of passage. It’s the ceremony which qualifies him to marry, own cattle and have children. The timing of the ceremony is up to the man’s parents and happens after harvest. As an invitation, the guests receive a strip of bark with a number of knots – one to cut off for each day that passes in the run up to the ceremony. Cows are lined up in a row.

The initiate, naked, has to leap on the back of the first cow, then from one bull to another, until he finally reaches the end of the row. He must not fall of the row and must repeat successfully the test four times to have the right to become a husband. While the boys walk on cows, Hamar women accompany him: they jump and sing. 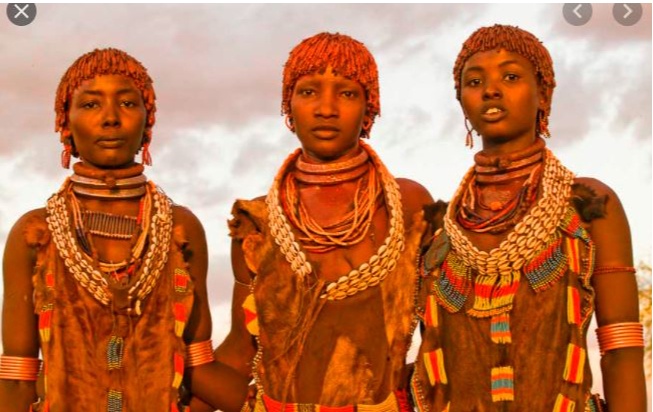 They are 95% Sunni Muslim. They observe the five basic teachings of Muslim, which include acknowledging that Allah is the only god, praying, fasting, giving alms to the poor, and making a pilgrimage to Mecca. However, many elements of their traditional religion are still practiced. For instance, they believe that natural objects (rocks, trees, etc.) have spirits. They also believe in jinns, or spirits that are capable of assuming human or animal form and exercising supernatural influence over people.