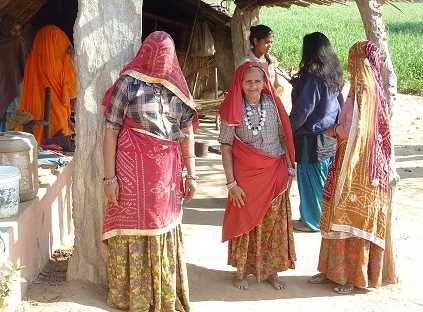 What if we told you that a city in India celebrates a festival behind which is a story of Shiva Parvati and where women playfully beat up men on streets? Strange?

Well, don’t be as India is a land of such weird traditions and festivals that bring people together, even if it is to beat each other up while worshipping deities!

This festival is called Dhinga Gavar. Chances are that you may not have heard of it and surely that 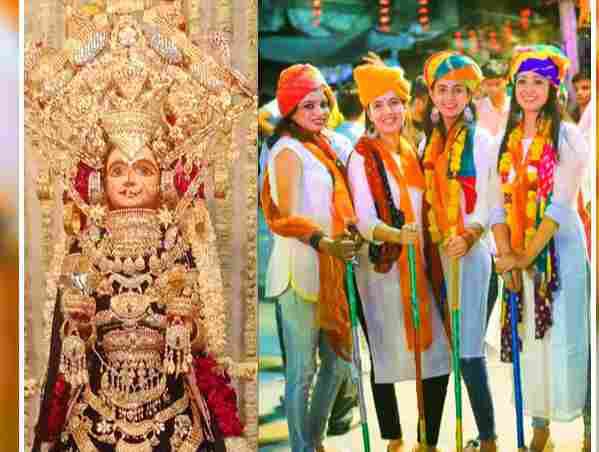 true because this festival is celebrated in the city of Jodhpur in Rajasthan only. Dhinga means fun by deception while Gavar or Gangaur is another name for Lord Shiva’s consort Parvati.

While Gangaur is also the name of a festival, the unique celebration of Dhinga Gavar only takes place in Jodhpur. If the sight of men comically getting beaten up isn’t enough to make you laugh out loud there’s a costume play that takes place as well wherein women dress up as gods and goddesses.

Not only this, they also dress up in costumes of dacoits, police, saints, tribals and more. Hailing mostly from Pushkarna Brahmin families, these women walk alo 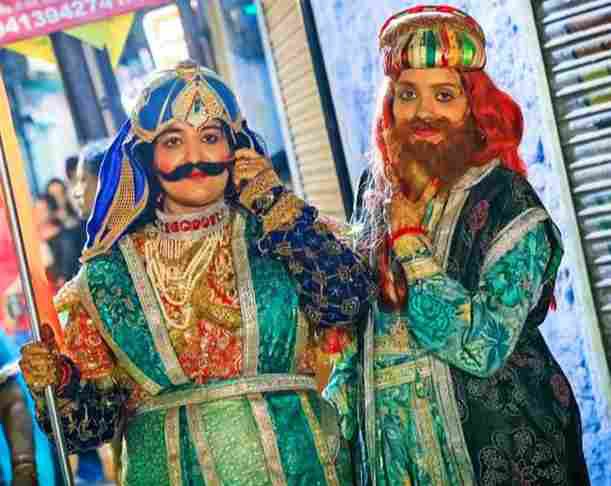 the narrow streets of the city with a stick in their hand to protect the statue of the deity of Dhinga Gavar.

According to popular belief, any unmarried man coming near these women who gets struck by the stick gets married soon with a suitable girl. 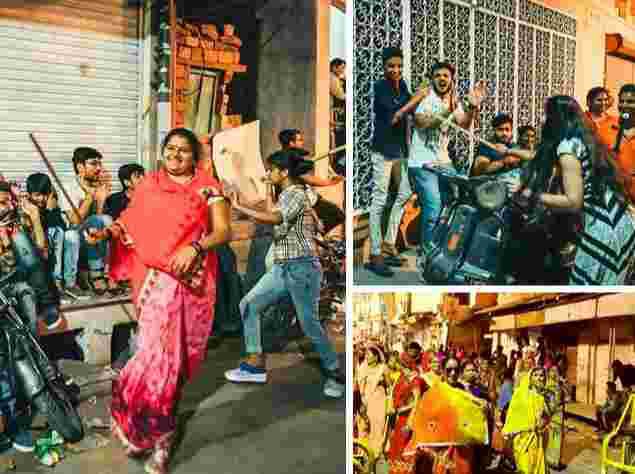 Shiva had once teased Parvati by disguising himself as a cobbler. Not to be outdone, Parvati had also appeared as Bhil tribal women to tease him and have fun.

The festival is also known as Baintmaar Teej since the sticks carried by women to beat up men is called Baint in Hindi. The function of Dhinga Gavar begins when statues of the Dhinga Gavar deity are placed at 11 pla 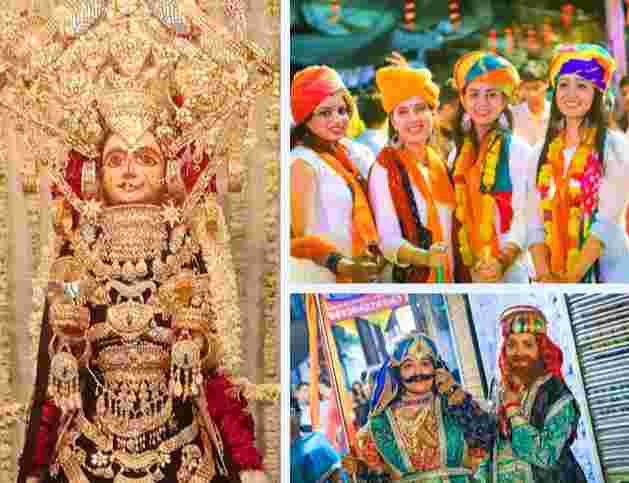 ces in the old Jodhpur

Decorated in traditional costume of Rajasthan, each statue is also laden with gold jewellery weighing anywhere between 5 kg to 30 kg. Then the deity is offered something called ‘Moi’ which is mixture of dry fruits powder and cannabis.