Home » Entertainment » WAWUU!! You Need To See All the Mineral Resources That This Beautiful Country Has To Offer – So Amazing 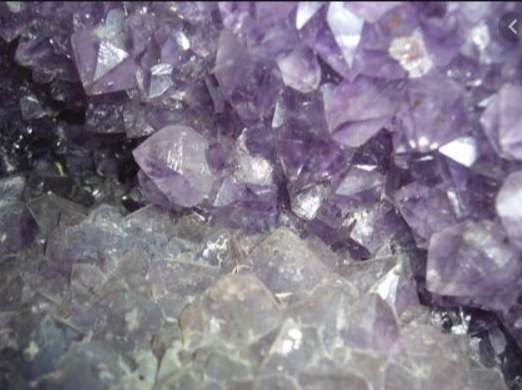 Brazil has commodities worth $21.8 trillion including gold, iron, oil, and uranium. The mining industry focuses on bauxite, copper, gold, iron, and tin. Brazil has the largest gold and uranium deposits in the world and is the second-largest oil producer. However, timber is the country’s most valuable natural resource, accounting for over 12.3% of the world’s timber supplies.

There is a natural relationship between the economy and the world’s natural resources—as the global economy grows, demand for commodities continues to rise.

Brazil, with a total population of 209.3 million as of 2017, is located in Eastern South America, adjoining the Atlantic Ocean. Brazil covers a total area of 8,514,877 km2 and is the fifth largest country in the world by landmass. The country has mostly tropical climates. 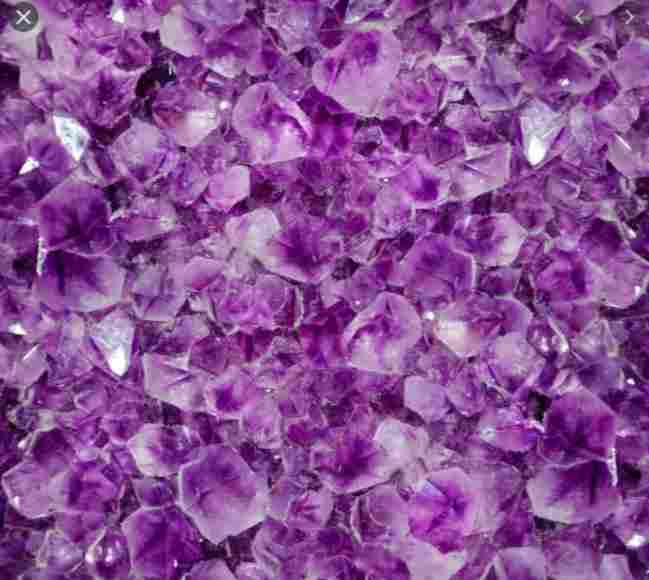 Brazil gained independence from the Portuguese in 1822 and has ever since focused on improving its agricultural and industrial growth. Today, the country is regarded as a leading economic power and regional leader in South America. Brazil’s growth in its mining sector has helped improve the country’s economy and make its presence felt in international markets.

Brazil’s continuous economic growth has resulted in the country being considered as a leading destination for foreign direct investment along with Russia, India, and China. As of 2017, Brazil’s GDP was valued at USD 2,055.51 billion, which represents a total of 3.32% of the world’s economy.

Brazil occupies a strong position in the global economy thanks to its industrial strength, vast resource wealth, and international status.

Brazil contains extremely rich mineral reserves that are only partly exploited, including iron ore, tin, copper, pyrochlore (from which ferroniobium is derived), and bauxite. There are also significant amounts of granite, manganese, asbestos, gold, gemstones, quartz, tantalum, and kaolin (china clay). Most industrial minerals are concentrated in Minas Gerais and Pará, including iron ore, bauxite, and gold. Mato Grosso and Amapá have most of the known manganese ore deposits. The vast majority of kaolin is found in the Amazon basin. Low-quality coal reserves are located in Rio Grande do Sul and Santa Catarina. Brazil also has deposits of several other metallic and nonmetallic minerals, some of which are major exports. Brazil has huge offshore reserves of petroleum and natural gas, notably in the Southeast.

Brazil is currently home to 187 active mines, which generated a total of USD 31 billion worth of mineral exports in 2016. As the world’s largest producer of niobium, Brazil also ranks second in the world for the production of iron ore, manganese, tantalite, and bauxite.

In 2010, Brazil traded almost 80 mineral commodities and globally stood out as a leading mineral producer. The country owns the fifth largest iron ore reserves in the world.

Brazil produces 70 mineral commodities, including four fuels, 45 industrial minerals, and 21 metals. The country’s gold seems to be evenly divided among major producers like Yamana Gold, Kinross, and Anglo Gold Ashanti and also smaller companies like Jaguar and Eldorado Gold. As of December of 2018, Brazil’s gold production reported a total of 81,000 kilograms (kg).

Globally, the country has the following credits: 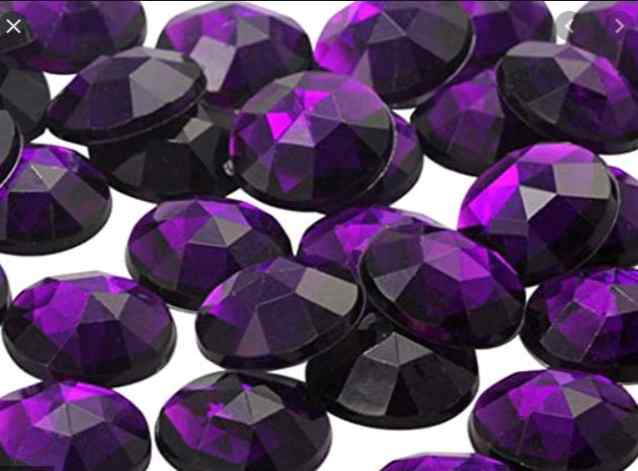 The largest producer of niobium in the world

The third-largest producer of bauxite

The fifth-largest producer of tin

The second-largest producer of iron ore

Leading producer of huge quantities of aluminum, bauxite, and alumina

Leading producer of steel feedstocks that include niobium 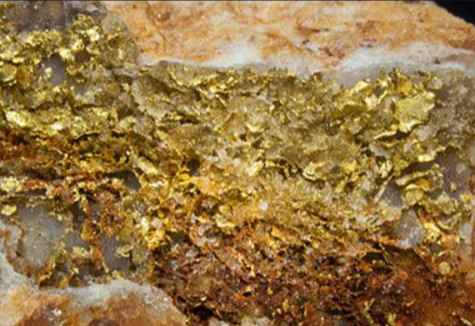 From a mining perspective, the vast resource base of Brazil, combined with the current commodity prices, has enabled potential investors to consider Brazil as an interesting proposition.

The mineral production in Brazil reached 496,158,227.00 metric tons as of December 2017, which was a significant increase to that of 2016. This production increase was largely attributed to an increase in gold and silver production, as well as mineral extraction and manufacturing processes.

Brazil’s industrial minerals include gemstones, asbestos, and phosphate rock. Some of the most commonly mined gemstones and semi-precious stones in Brazil include diamonds, emeralds, and amethyst. One of the most notable regions of Brazil associated with producing gemstones is the city of Belo Horizone, which is well-known for its emerald, aquamarine, rubellite, green tourmaline, imperial topaz, alexandrite, and amazonite gem deposits.

Although Brazil has been considered a global leader in the production of asbestos for several decades, a 2017 Federal Supreme Court decision in this nation voted to ban the mining, processing, distribution, and marketing of asbestos as a result of its toxic health effects. This ban, despite causing a negative economic impact on the nation, shows the strength of Brazil to stand proudly in defense of the severe health risks associated with asbestos exposure. Brazil’s asbestos ban inspired several other nations, including Canada and Moldova, to also work towards fully banning the toxin in the near future.

Phosphate is a crucial ingredient in many agricultural fertilizers used around the world. Brazil, which is a global leader in agriculture, has traditionally imported more than 66% of its fertilizers from other nations, including the United States, Morocco, and Russia. As this agricultural industry continues to expand, an increased number of mining exploration projects has unveiled a greater number of phosphate reserves that can reduce the country’s demand for foreign fertilizer ingredients. Currently, Brazil’s largest phosphate producing companies include Anglo-America, MbAC Fertilizer, and DuSolo Fertilizers.

Brazil is one of the largest producers of iron ore in the world with a production estimate of about 1.5 million tons of iron ore exported each day as of January 2018. The national revenue of Brazil that is purely associated with iron ore exports amounts to a total of approximately USD 2.3 billion. Some of the most notable iron ore reserves in Brazil can be found in Barajas and Quadriltero Ferrifero, Vale remains the leading iron ore producing company in the country. The leading importers of Brazil’s iron ore are France, Japan, China, the Republic of Korea, and Germany.

As of 2017, Brazil ranked tenth in the world in terms of its aluminum production with a total of 800,000 tons produced that year. This was a reduction from the country’s aluminum production in recent years as a result of the reduced alumina refining capacity in Brazil. 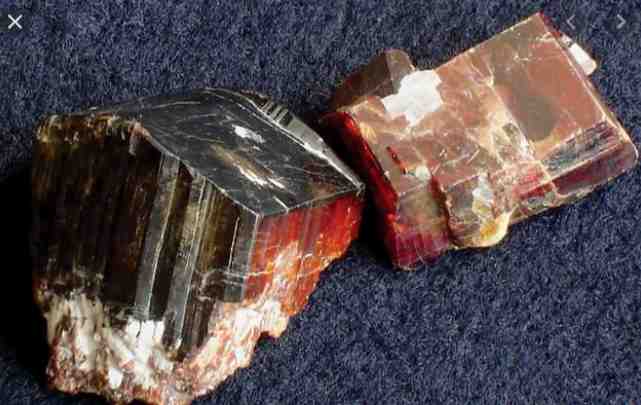 After iron ore, Brazil’s next major export commodity is gold. In the first quarter of 2019, Brazil produced 67.4 tons of gold, which was an increase from the previous year’s quarter. In fact, between the years 2000 and 2019, the country achieved an average gold production of 48.72 tons per quarter. The major gold-producing states of Brazil include Para, Minas Gerais, and Bahia. The leading gold producing companies in the country are AngloGold Ashanti Mineração, Kinross Gold, Jaguar Mining, Yamana Gold, and Gold Digging.

Brazil has become increasingly involved in the global energy sector, especially under the current president, Jair Bolsonaro’s government. As the ninth-largest oil producer in the world, Brazil also ranks second in the world for the production of biofuels and hydropower. Furthermore, Brazil also ranks as the eighth-largest country by wind power installed capacity. 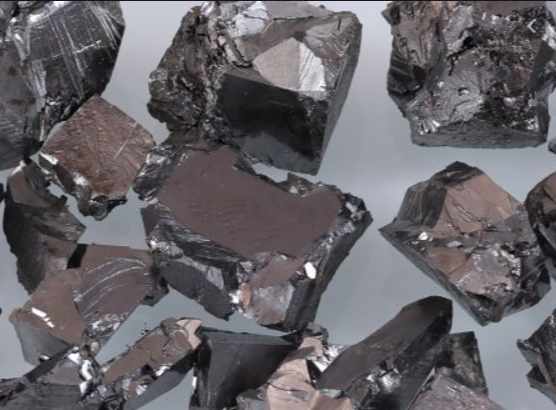 As the global trend continues to shift towards utilizing more renewable energy sources, Brazil has emerged as a leader in this area. For example, as of June 2018, 81.9% of Brazil’s total installed capacity of electricity generation was sourced from renewable sources. More specifically, 63.7% of the country’s total electricity generation is provided by hydropower sources, thereby making this the main energy source of Brazil. By the year 2030, Brazil aims to expand the use of its renewable energy sources, aside from hydropower, to encompass up to 33% of its total energy mix.

As of 2016, fossil fuels represented 55% of Brazil’s total energy supply. The primary fossil fuels used in the nation’s energy supply includes crude oil, natural gas, and coal products. Since 2011, Brazil has reduced its dependence on oil products from 40.3% to 38.4% as of 2016. 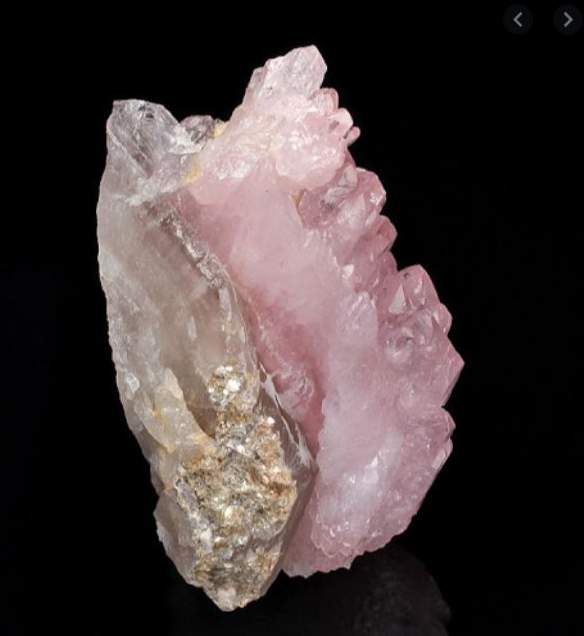 While Brazil’s total coal share makes up only 5% of its total energy mix, the country is estimated to be home to more than 3.24 thousand Mtoe recoverable coal reserves. In particular, sub-bituminous coal is the most prevalent form of coal found in the country’s states of Rio Grande do Sul, Santa Catarina, and Parana. The primary uses of Brazil’s mined coal can be found in its steel industry and power generation needs. There is little interest in using Brazil’s coal in other countries as a result of the high ash content and low carbon content associated with this nation’s mined coal. 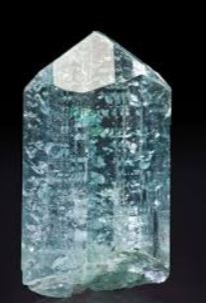 Brazil’s mineral production in the future will largely depend on the discovery of new technologies and approaches that will enable sustainable and responsible mining without causing any harm to the environment. The country is trying to encourage foreign direct investment through joint ventures and the development of fresh projects with Vale, Petrobrás, and other companies.

Remarkable changes in the natural gas and crude oil markets in 2010 led to an increase in Brazil’s energy investment opportunities. To boost its economy, the Brazilian government eliminated price controls and import tariffs on petroleum and derivatives, thus drawing more private investments for the country.

To boost the country’s revenue and increase the state’s control over natural resources and energy, the Brazilian government has come up with a new mining code according to which the country will sell limited mineral rights to the highest bidder.

With all these futuristic plans, Brazil hopes to strengthen its mining market and mineral production and establish itself as a leading global supplier of key metal and mineral resources.