Home » Entertainment » WAWUU? Did You Know That The Harar Tribe Are Known For This? Read This To Find Out What 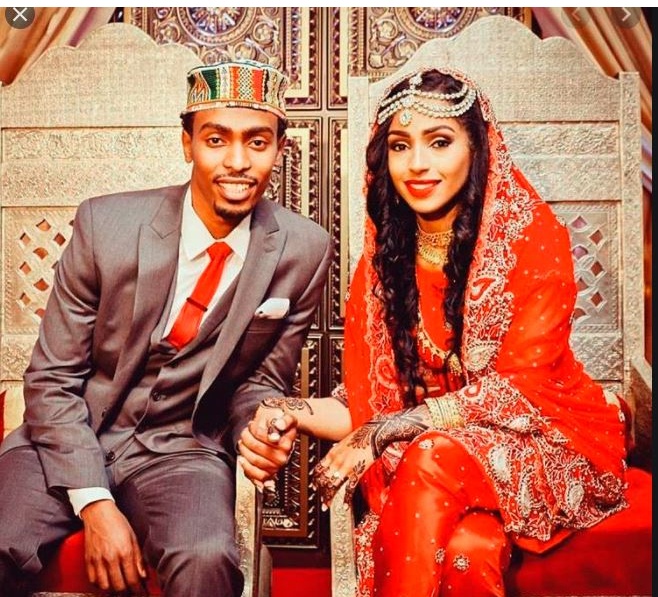 The Harari people are an ethnic group inhabiting the Horn of Africa. Members traditionally reside in the walled city of Harar, called simply Gēy “the City” in Harari, situated in the Harari Region of eastern Ethiopia. They speak the Harari language, a member of the South Ethiopic grouping within the Semitic subfamily of the Afroasiatic languages.

Upon the arrival of the Arab Fagih Abadir, the alleged patriarch of the Harari in the 10th century, he was met by the Harla, Gaturi and Argobba tribes. By the thirteenth century, Hararis were among the administrators of the Ifat Sultanate. In the fourteenth century raids on the Harari town of Get (Gey) by Abyssinian Emperor Amda Seyon I, Hararis are referred to as Harlas. During the Ethiopian–Adal war, some Harari militia settled in Gurage territory, forming the Siltʼe people. Hararis once represented the largest concentration of agriculturalists in East Africa.

In the sixteenth century, walls built around the city of Harar during the reign of Emir Nur ibn Mujahid helped preserve Harari identity from being assimilated by the Oromo. Harari colonies in the middle of the seaboard and Harar were also assimilated by Somalis putting the Sultanate of Harar under duress.

Hararis confined in the walled city became the last remnants of a once large ethnic group that inhabited the region. According to Ulrich Braukämper, the Harla-Harari were most likely active in the region prior to the Adal Sultanate’s Islamic invasion of Ethiopia.

The sixteenth century saw Oromos invading regions of modern-day Somalia and Somaliland from the northern areas of Hargeisa to its southern portions such as Lower Juba, incorporating the Harari people. Hararis were furious when Muhammad Jasa decided to move the Adal Sultanate’s capital from Harar to Aussa in 1577 in response to Oromo threats. In less than a year after its relocation Adal would collapse. Harari imams continued to have a presence in the southern Afar Region in the Imamate of Aussa until they were overthrown in the eighteenth century by the Mudaito dynasty, who later established the Sultanate of Aussa.

Among the assimilated peoples were Arab Muslims that arrived during the start of the Islamic period, as well as Argobba and other migrants that were drawn to Harar’s well-developed culture. Statistics prove that a Semitic-speaking people akin to the Harari may have inhabited a stretch of land between the Karkaar Mountains, the middle Awash and the Jijiga. 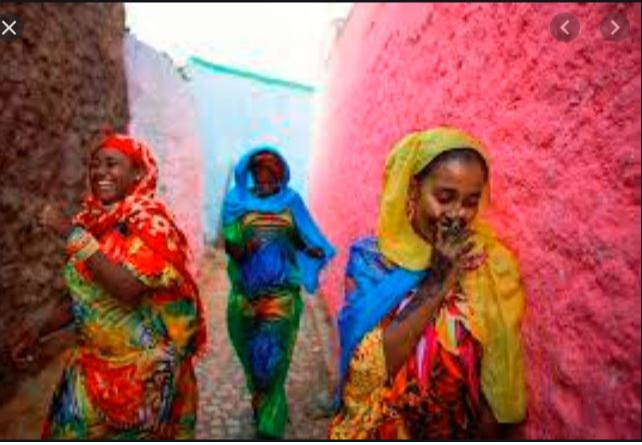 Oromo migrations have effectively split this putative ethnolinguistic block to the Lake Zway islands, Gurage territory, and Harar. Following the decline of the Adal Sultanate’s ascendancy in the area, a large number of the Harari were in turn reportedly absorbed into the Oromo community. Oromo also accepted Islam in response to the war and massacre by the Menelik II. Although Minilik baptized by force the Tulama Oromo, the emperor felt he had to tolerate the Islam in areas like Jimma and Harar after the use of force in the past turned out to be dangerous. The loss of the crucial Battle of Chelenqo marked the end of Harar’s independence in 1887. Hararis supported the designated but uncrowned Emperor of Ethiopia Iyasu V, and his presumed efforts to make Harar the capital of an African Islamic empire. Iyasu was however overthrown in 1916, and many of his Harari followers were jailed.

Due to severe violation of Harari rights during Abyssinian rule, Hararis made several attempts to cut ties with Ethiopia and unify Hararghe with Somalia, among them launching the nationalist Kulub movement which was linked to the Somali Youth League. These events led to the Haile Selassie government’s forced displacement efforts on Hararis, to break their control of Harar. A Harar Oromo proverb alludes to this occasion: “On that day Hararis were eliminated from earth.

Former Mayor of Harar Bereket Selassie reported that both the Amhara and Oromo viewed Hararis with contempt. Haile Selassie’s overthrow by the Derg communist regime made minor differences for the Harari; they describe it as “little more than a transition from the frying pan into the fire”. The 1975 rural act disenfranchised Hararis from their farm land, forcing many to emigrate. The surviving Harari relatives of Kulub movement members would join the Somali Armed Forces; and some, having been promoted as high-ranking military officers, fought in the Ogaden War to free Harari/Somali territory from Ethiopian rule. Hararis were also involved in the WSLF. After Ethiopians won the war in Ogaden, Derg soldiers began massacring civilians in Harari areas of Addis Ababa for collaborating with Somalis. Today Hararis are outnumbered in their own state by the Amhara and Oromo people. Under the Meles Zenawi administration, Hararis had been favored tremendously. They acquired control their Harari Region again, and have been given special rights not offered to other groups in the region. According to academic Sarah Vaughan, the Harari People’s National Regional State was created to overturn the historically bad relationship between Harar and the Ethiopian government.

Some Hararis as well as the Somali Sheekhal and Hadiya Halaba clan assert descent from Abadir Umar ar-Rida, also known as Fiqi Umar, who traced his lineage to the first caliph, Abu Bakr. According to the explorer Richard Francis Burton, “Fiqi Umar” crossed over from the Arabian Peninsula to the Horn of Africa ten generations prior to 1854, with his six sons: Umar the Greater, Umar the Lesser, the two Abdillahs, Ahmad and Siddik. According to Hararis, they also consist of seven Harla subclans: Abogn, Adish, Awari, Gidaya, Gaturi, Hargaya, and Wargar. The Harari were previously known as “Adere”, although this term is now considered derogatory.

Arsi Oromo state an intermarriage took place between their ancestors and the previous inhabitants Adere (Harari) whom they call the Hadiya. Hadiya clans claim their forefathers were Harari however they later became influenced by Sidama. Moreover Habar Habusheed a sub clan of the Somali Isaaq tribe in northern Somalia, hold the tradition they originate from an intermarriage between Hararis and their forefathers.

The Harari people speak the Harari language, an Ethiosemitic language referred to as Gey Ritma or Gey Sinan (“Language of the City”). It is closely related to the eastern Gurage languages and similar to Zay and Silt’e, all of whom are linked to the Semitisized Harla language.  Old Harari already had many Arabic loanwords, proven by the ancient texts. The Zeila songs of thirteenth century origin, popular in Somalia are considered to be using Old Harari. Northern Somali dialects use Harari loanwords. Contemporary Harari language is influenced more by Oromo than Somali language and the presence of Arabic is still there. After the nineteenth century Egyptian conquest of Harar, numerous loanwords were additionally borrowed from Egyptian Arabic. 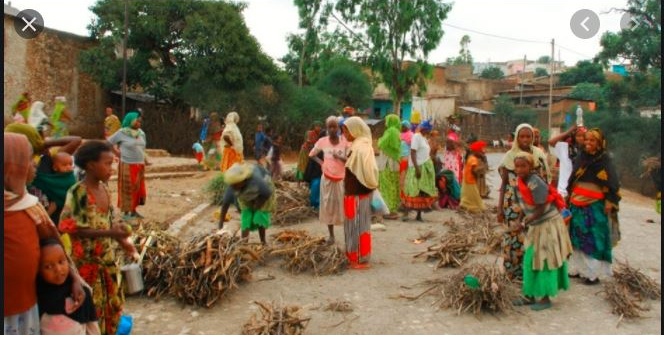 Gafat language now extinct once spoken on the Blue Nile was related to Harari dialect. Harari language has some form of correlation with Swahili and Maghrebi Arabic.

The Harari language was historically written using the Arabic script and in characters known as “Harari secret script” of unknown origin.  More recently in the 1990s, it has been transcribed with the Ge’ez script. Harari is also commonly written in Latin outside of Ethiopia.

The 1994 Ethiopian census indicates that there were 21,757 Harari speakers. About 20,000 of these individuals were concentrated outside Harar, in Ethiopia’s capital Addis Ababa.

Most Harari people are bilingual in Amharic and Oromo, both of which are also Afro-Asiatic languages. According to the 1994 Ethiopian census, about 2,351 are monolingual, speaking only Harari.

Virtually all Harari are Muslim. The earliest kabir or Islamic teacher in the community was Aw Sofi Yahya, a Harari scholar who was contemporary of the Arab Patron saint of Harar called shaykh Abadir and it was from him that the first Qur’an gey Qur’anic school around 10 kilometres (6.2 mi) to the south of the city center. The predominant strand or self-identification adopted by Harari people is Sunni or non-denominational Islam.

Hararis comprise under 10% within their own city, due to ethnic cleansing by the Haile Selassie regime. Thousands of Hararis were forced to leave Harar in the 1940s.