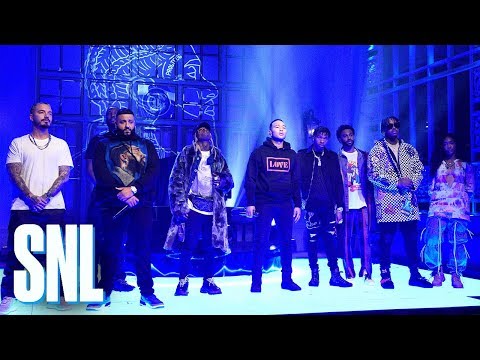 During his second performance during the Saturday Night Live season 44 finale, the 43-year-old entertainer took a moment to remember the late rapper.

Khaled was then joined by John Legend where the two performed their new collab “Higher,” which Nispey is featured on.

•  Tekno to give out N200,000 to anyone who can help him locate his childhood friend

During his performances, Khaled was also joined by collaborators Meek Mill, Sza, J Balvin, Big Sean, Lil’ Wayne, Jeremih, and Lil Baby where they all performed a medley of their tracks off of Khaled‘s new album Father of Asahd.

Watch DJ Khaled’s other performance inside…