Akuapem Poloo since her imprisonment has received support from several bearings, in and out of Ghana.

Some celebrities especially the females have been vocal about her case and sentencing, sharing their opinions.

Nollywood actress Tonto Dikeh has also joined the many calls on President Akufo-Addo for the release of convicted actress Rosemond Brown known by many as Akuapem Poloo.

Sharing her view on the matter, the popular Nigerian actress maintained that though the actions of Akuapem Poloo is not to be condoned the jail term is too high/harsh and therefore calling on Nana Addo to pardon her.

Tonto Dikeh however called on her fellow Nigerians to show love and support to and Poloo and get her petition document filed up to get her back home to commune with her family and friends once again. 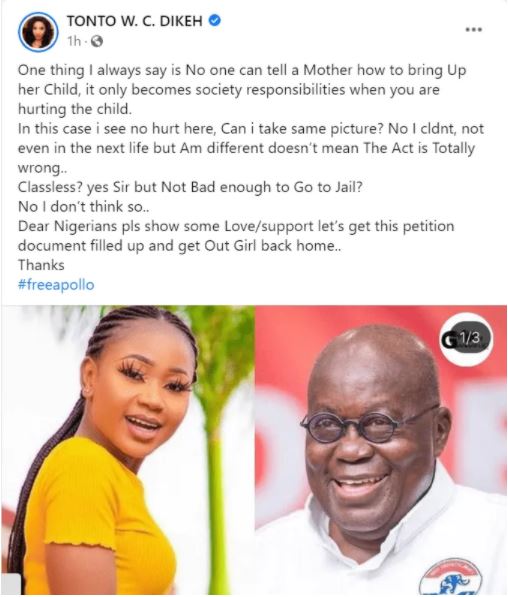