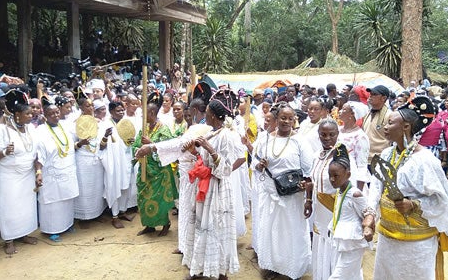 The Yoruba and Ifa of Nigeria have a number of deities in their traditional religion.  These deities include Osun, who presides over love, intimacy, beauty, wealth and diplomacy. She is the patron saint of the Osun River, which was named after her.

Her worshippers converge at the Osun-Osogbo grove, where her principal sanctuary is located and where an eponymous festival is held every August. The festival, which takes two weeks, sets off with a cleansing ceremony known as the Iwopopo, conducted to rid the town of evil.

Three days later, a 600-year-old lamp with 16 points called the  Ina Olujumerindinlogun is lit. Next off is the Iboriade, which involves the blessing of the crowns of all past kings by the Ataoja (king) of Osogbo, the calabash carrier called Arugba, and a group of Osun priestesses. 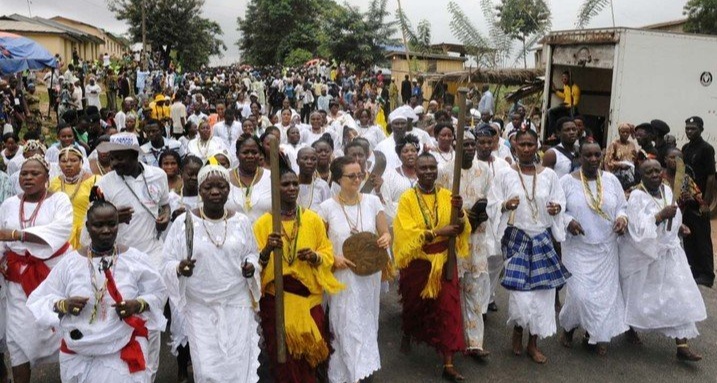 The festival traces its roots back to 700 years ago when a hunter called Olutimehin led his people to the grove after their former dwelling was hit by drought.

The goddess Osun appeared to Olutimehin and pledged to protect him and his people and make the women fruitful, but on one condition: that they offer sacrifices to her. The festival has been held annually since then. Of the most interesting activities is the transportation and presentation of the sacrifice to Osun by the Arugba.

An Arugba is a young woman, a votary virgin, chosen to lead the Osun-Osogbo festival procession.  According to the custom, she must be of royal blood and a virgin and without her, the procession and the festival cannot happen.

As she leaves an all-female enclave, where she is taken care of, she has to meet with the previous Arugba, who will then place the sacrifice calabash on her head. Once an Arugba carries the sacrifice, she is no longer considered a girl but a goddess. 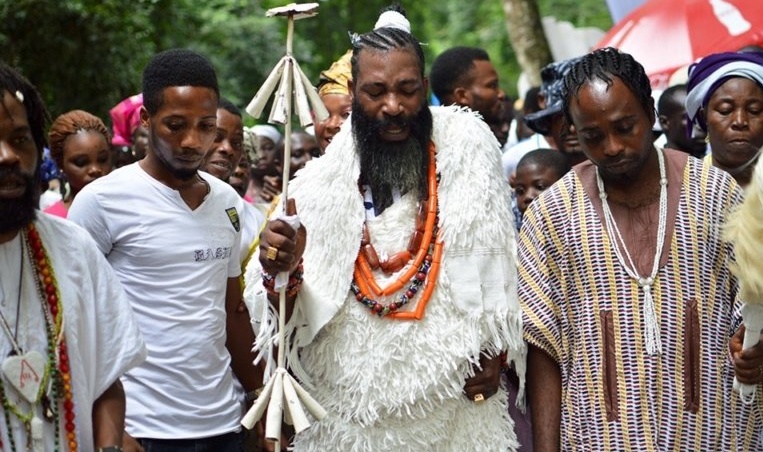 It is believed that she no longer hears the noise surrounding her but rather, she hears the entities of the goddess as they guide her to the grove. In the last 600 years or so, no Arugba has failed to guide the Osun devotees to her river.

It is this kind of cultural significance that saw the Osun-Osogbo grove inscribed into the UNESCO World Heritage Site in 2005.

According to Unesco: The Osun Grove is a tangible expression of Yoruba divinatory and cosmological systems; its annual festival is a living thriving and evolving response to Yoruba beliefs in the bond between people, their ruler and the Osun goddess.