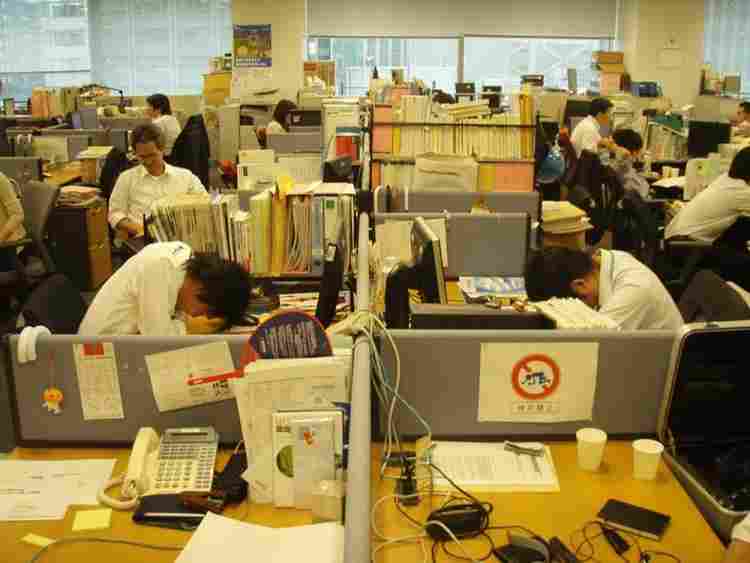 Did you know Japanese sleep everywhere? In most countries sleeping at work is not only embarrassing, it might even cost one’s job. But

in Japan, sleeping in the office is common and is socially accepted. In fact, it is often seen as a sign of diligence, as in ”the person is so

dedicated to their job that they worked themselves to exhaustion.”

And it is not untrue. Japan is one of the most sleep-deprived nations in the world. One study suggests that an average Japanese sleep

only 6 hours and 35 minutes each night. Hence most fall asleep during a commute or at work, in parks, in coffee shops, in bookstores, in

shopping malls, and in any other public place. It is so widespread and so normal, that the Japanese have a word for it inemuri, which 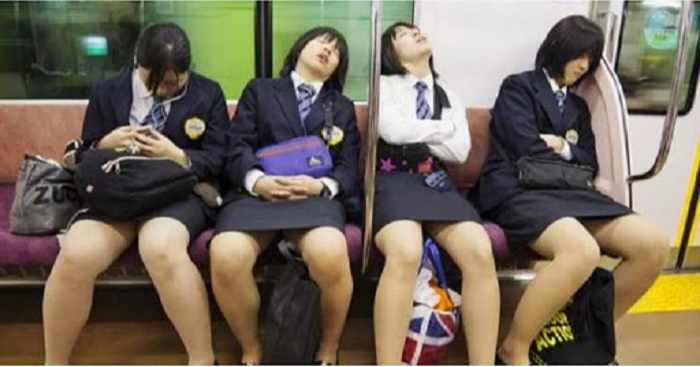 Nobody knows inemuri better than Dr. Brigitte Steger, a scholar at the University of Cambridge, who studies Japanese culture.

“I first encountered these intriguing attitudes to sleep during my first stay in Japan in the late 1980s,” she wrote in an article on BBC. “At

that time Japan was at the peak of what became known as the Bubble Economy, a phase of an extraordinary speculative boom. Daily life

was correspondingly hectic. People filled their schedules with work and leisure appointments, and had hardly any time to sleep.”

It was during this period of the postwar economic boom that the nation gained the reputation of a hardworking nation with no time to sleep.

People worked long hours and then napped during the notoriously long commute back home. Students stayed up late cramming and then

dozed off during classes the next morning. It seems contradictory, but the tolerance for falling asleep during meetings, classes, and social

gatherings is widespread in Japanese culture. 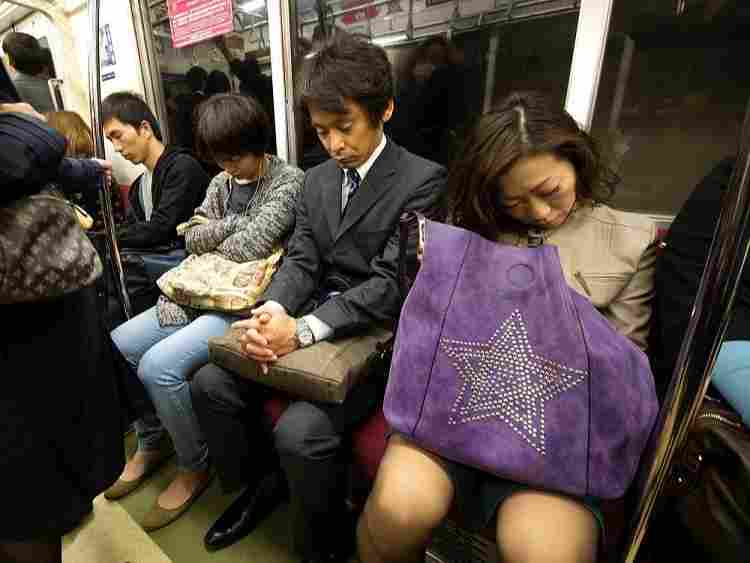 But there are rules to inemuri. “It depends who you are,” says Steger. “If you are new in the company and have to show how actively you

are involved, you cannot sleep. But if you are 40 or 50 years old and it is not directly your main topic, you can sleep. The higher up the

social ladder you are, the more you can sleep.”

Another clue to deciphering the complicated etiquettes of inemuri lies in the term itself to be present while sleeping. “Even though the

sleeper might be mental ‘away’, they have to be able to return to the social situation at hand when the active contribution is required,”

Steger says. “Your body needs to pretend that you are active in a meeting like you are concentrating. You cannot sleep under the table or

anything. You have to sit as if you are listening intently, and just put your head down.”

There are a few close cousins to the inemuri culture that can be found in other countries too, such as the Spanish siesta (a short nap taken

in the early afternoon, often after the midday meal), and the Italian riposo (an extended lunch break that lasts for 2-3 hours allowing people

In recent years, the practice of napping at work has received support from a number of employers across the world. Notable among them

for employees to take short naps during office hours.