The self acclaimed Ghanaian dancehall king Shatta Wale has replied Yaa Pono on his recent tweet asking him for a renewal of their old beef.

Yaa Pono on wednesday tweeted and tagged the SM boss proposing to him for them to revive their old beef which he reckons will bring some heat to the Ghana music industry.

From Yaa Pono’s own perspective, he believes the Ghana entertainment industry has been quite lately thus his beef with Shatta Wale will certainly spice the industry.

Shockly, Shatta Wale responding to Pono’s call said he is no longer in the business of beefing dead careers which most underground musicians tactically use to get his attention to climb up with their dead music careers.

Shatta noted that Yaa Pono does not worth his time and energy so he should go and look for musicians like Patapaa and co to be doing that with.

Unfortunately or Shatta quickly deleted his harsh words in the post but we got you a screenshot of what he actually wrote. 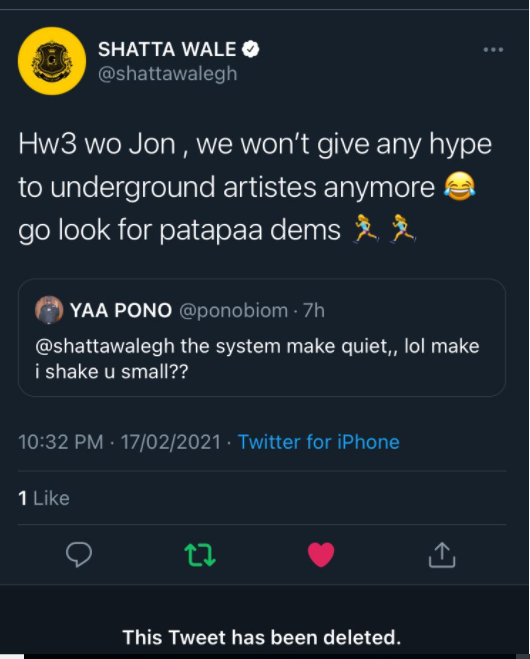