Home » Entertainment » See Why At Pod Hotels, Tiny Rooms Mean Tiny Prices | Find Out Where It Is Located 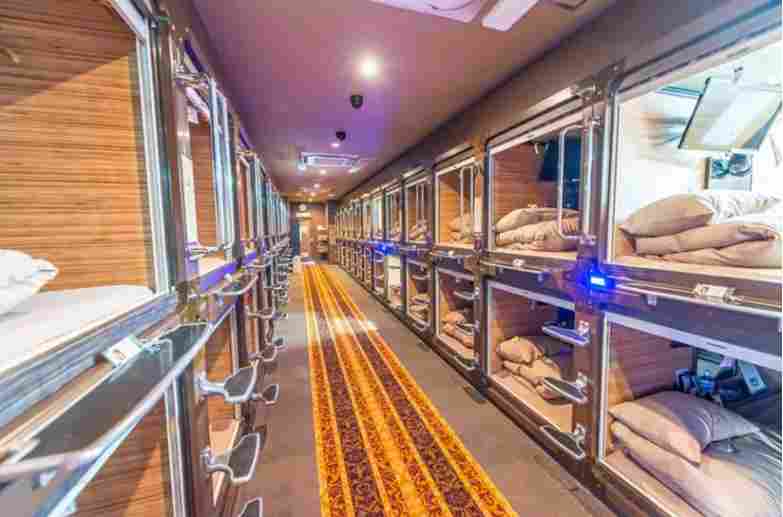 Is there a capsule hotel in your city? Would you ever stay at one? Lilit Marcus has globe trotted around the world from Alaska to Australia

and many points in between. In fact, she spends about half the year crisscrossing the globe. After all, it’s her job. She’s the Travel Editor at

experiences at an airport hotel. It was at Amsterdam’s Schiphol Airport, which features tiny pod-like rooms.

“They don’t have a huge bathroom and a lot of space that they can work with,” Marcus told From The Grapevine. “So what they told me to

do is get inside the shower, close the door and not turn it on until the door was closed. I was like, ‘That’s ridiculous. It’s going to be cold. I

don’t want to stand there waiting for the water to warm up.’ And I don’t know what it is that they do, but the water comes at the exact perfect

temperature. They’re geniuses, however, they did that. It was one of the best showers I had the whole trip.”

Whether it’s the perfect shower temperature or the novelty of staying in a pod, more people are booking stays at these hotels. They usually

feature rooms that are not much bigger than an office cubicle. Some, known as capsule hotels, feature ones that are even smaller.

A recent travel industry report expects the capsule hotel market to reach $226 million by 2022. The trend is fueled by young urban

travellers looking for inexpensive accommodations in major cities (you could find rooms for as little as $20 a night). At the YotelAir inside

Singapore’s Changi Airport, designed by noted Israeli architect Moshe Safdie, travellers can rent tiny pods for the night or for naps by the

Dan Eldridge was a student at the University of Pittsburgh when he decided to go on the “Semester at Sea” program. Every few days, they

would dock at another port of call. “In Osaka, two friends and I got the idea that spending a night in a capsule hotel would make for a good

story, and we were not mistaken,” Eldridge, now a freelance writer in Philadelphia, told us. “It was, without a doubt, the most amusing

experience I’d ever had at any sort of hotel at that point in my life.” 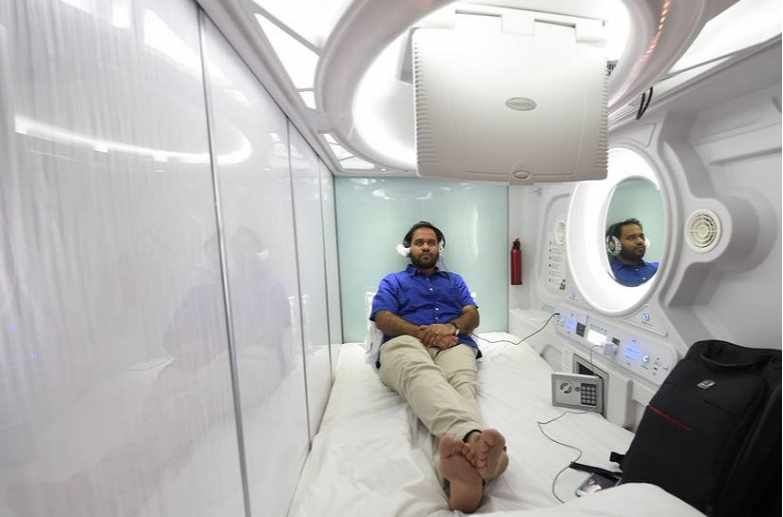 He said the capsule itself didn’t make him feel claustrophobic at all. “On the contrary, I found it positively cozy,” he explained. “There was

enough height that sitting up was a possibility and I’m nearly 6’2″. I remember sleeping incredibly well that night, and I’m sure a lot of that

had to do with the fact that the capsule itself was so womb-like and comforting. When I woke up the next morning, though, I almost

immediately burst into laughter at the ridiculousness of it all.”

That womb-like ethos is what drives the new WOM chain of hotels, based in Israel. The acronym officially stands for “Word Of Mouth,” but

co-founder Lihi Gerstner said that it can mean lots of things. “It has a lot of different connotations,” she told From The Grapevine. “But it

comes from a womb, from something warm.” 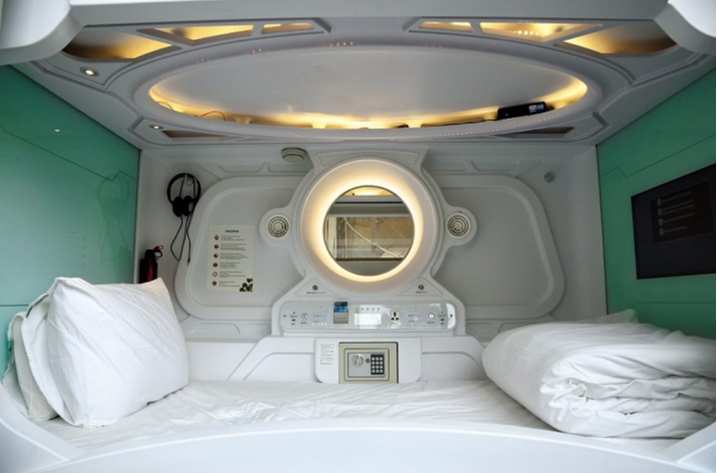 Gerstner and her brother, both architects, are launching Tel Aviv’s first pod hotel, called the WOM Allenby. It’s located one block from the

Mediterranean Sea and has 40 stylish rooms for the urban traveller. Rates are only about $45 a night. They’ll be opening another one, in

the trendy Tel Aviv neighbourhood known as Neve Tzedek, later this fall. That one is expected to contain 140 rooms.

Like most pod hotels, everything is digitized at the WOM chain, with guests using an iPhone app to do everything from check-in and open

their door to turning on the lights and changing the air conditioning temperature.

Marcus, the travel editor, said she likes that these types of hotels are so customizable. She checked into her Amsterdam airport pod via an

high floor or a low floor, which I love. I feel like at a lot of conventional hotels you just show up and they hand you a room key and you don’t

What really impressed Marcus was the ability to check-in at any time. “There aren’t these really strict hours,” she explained. A lot of them

offer 12-hour rentals and the clock starts when you check-in. “It doesn’t matter when you arrive, which is really nice when you’re dealing

with jet lag or you have a crazy early flight.

flying an overnight flight, being tired as hell, arriving somewhere bleary-eyed not knowing where the hell you are. You’re exhausted. You

your room. So I was excited to get out of that system.”

And she saw the small and sparse room as an advantage. “In one case, I had been on a really busy work trip in London and I had a lot of

interviews to transcribe and stuff that I was working on. And the fact that the hotel is so minimal didn’t give me any distractions. It was like

here’s a bed, here’s a desk, get some work done. And it was exactly what I needed. And even though it’s in an airport, they did a really nice

job with the soundproofing.”

Gerstner, who hopes to expand her pod concept across Europe and into the United States, sees another advantage to the compact

accommodations. “You’re coming to see Tel Aviv and not necessarily the hotel,” she said. “We believe the city is the lobby.”