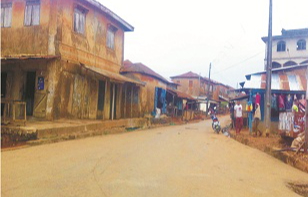 Isua Akoko is situated along Abuja road, it shares a boundary with Edo State in the west and Kogi state in the east.

The community is the headquarters of the Akoko Southeast Local Government Area of Ondo State. In Isua Akoko, any housewife that commits adultery will lose all her children, husband children or she dies.

This is the grim judgment that surrounds s$x outside marriage in Isua Akoko. Chief Ayedun Ajakaye, a leader in the community said any woman that is married to an Isua man and dares has s$xual relationship with any man outside her marriage will pay dearly for it.

“If a woman who committed adultery did not confess her sin to the community leader, she, her husband or children will fall sick, but immediately she confesses and the gods are appeased the sickness will disappear,” Ajakaye said to appease the gods, such woman would have to confess the number of men that had s$x with her and equally, goats will be slaughtered depending on the number of people she slept with.

The blood of the goat(s) will be used to redeem the souls of her family. “The tradition cannot be eradicated because our forefathers had placed a curse on whosoever violated it”, Ajakaye said.

“Without been economical with the truth, Isua is a place where peace, love, unity, and tranquility reign supreme.” Isua Akoko is very rich in culture one of such is “Olele, a festival where young girls of marriageable age dress in fine traditional costumes of red beads around their waists and heads.

These young girls dance around the town for the period the festival lasted. Ayedun said the festival is an avenue for the young men in the town to find wives. He said the seventh day which will be the grand finale, the ladies and the boys will dance and sing to correct social ills among themselves. 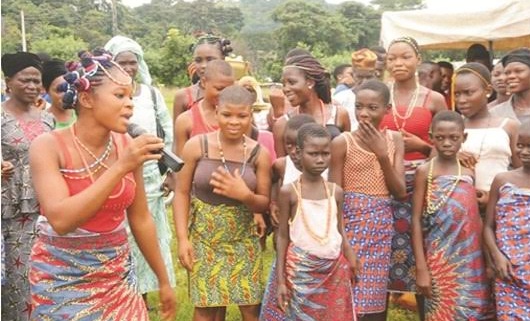 If someone steals or fights with his or her patients, the culprit will be mentioned and be exposed in song. “This is done to stop others from doing so and also to discourage others in behaving in like manner.

This has helped in correcting a lot of immoral acts among the youth in the area.