Quavo Begs Fans To Stop Comparing Him With Offset And Takeoff

Quavo Huncho has begged music followers to stop the comparison between himself and his other two group partners; Offset and Takeoff. 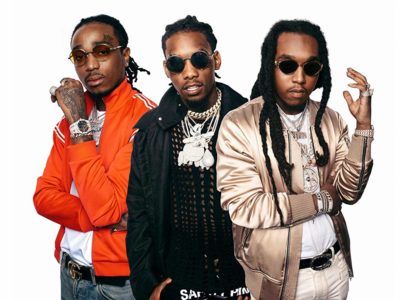 Quavo who recently dropped his solo album; “Quavo Huncho,” seem to have disappointed a lot of people with his solo debut project, causing them to posit that he is the weakest of the group when it comes to their rap game.

Takeoff just like Quavo, also has a solo album; “The last Rocket”, which got mixed reactions from fans. Offset is the only one of the three guys not to have yet a solo album and judging by the already album releases of Quavo and Takeoff, many are of the opinion that Offset is the pillar that holds the group; Migos.

•  Lady Who Accused D’banj Of R a p e, Promotes His New Song On Social Media

Although some people still believe Offset is not the best of them but Quavo and others believe it is Takeoff. However, through his twitter account, Quavo has urged people to stop comparing them. He wrote “Stop Comparing Us Please!!! PUT US AGAINST THEM!!!! Thank you.”

•  SEE Shocking Reason Why This Country Has Too Many ELEPHANTS

Stop Comparing Us Please!!!
PUT US AGAINST THEM!!!!
Thank you