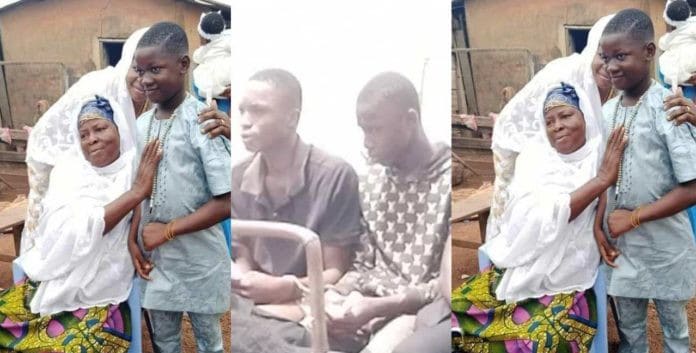 For the first time, a photo of Ismael, the 10-year-old boy who was murdered in Kasoa by two teenagers has surfaced on social media and it has brought tears to even the driest eyes.

The photo has a very handsome boy looking innocent standing beside his mother who has been identified as Hajia Maame. It’s been confirmed; that boy is Ismael.

Looking at how innocent the young boy is and so handsome, it comes as a shock that people were soo heartless to kill him for juju.

Check Out The Photo Below

The news broke on Saturday 3rd April 2021 that a 10-year-old boy has been murdered at Kasoa in the Central Region of Ghana.

It was revealed later that the people who committed the abomination are two teenagers. Felix Nyarko is 15 years old whiles his accomplice, Nicholas Kini is 18 years old.

So they killed the boy and intended to call the mother of the boy for the money with the claim that they have kidnapped the kid and need GHS5000 ransom.