The Lomwe people are known as Alomwe. Many people living in Mulanje and Thyolo are from the “Lomwe” ethnic group and there main income generating activity is farming. The Lomwe are one of the four largest ethnic groups living in Malawi. Many Lomwe moved into Malawi in the 1930’s due to tribal wars in Mozambique. 90-95% of the Lomwe live in rural areas and in Mozambique many are concentrated in the Zambezi Province. The Lomwe language is called Chilomwe and it is written using the Roman alphabet and there are reported to be nine different dialects of Lomwe determined by location.

Sadly the language is now dying out, with only the eldest still speaking it as a main language, many of the younger Lomwe tribe now speak in the Chichewa. The Lomwe people are well known for their talkativeness, their beliefs in the spirits of the dead and witchcraft.

Many people therefore believe that the best Traditional Doctors are those from Mulanje. The famous Mulanje Mountain is also believed to be associated with Spirits of the dead especially at the highest peak of Sapitwa (which means “where you cannot go”). It is believed that people used to find food in the mountain of which one was not expected to tell anyone or invite a friend to eat as this would make the food disappear. During some of Lomwe traditional dances girls are supposed to wear only beads and nothing else to cover their breasts.

The Lomwe are one of the four largest ethnic groups living in Malawi and have history of migration across the Mozambique–Malawi border. Many Lomwe moved into Malawi towards the end of the 19th century and got mixed with the Chewa, in the 1930s due to tribal wars in Mozambique. The Elhomwe language spoken in Malawi is to a large extent a Mihavane dialect while in some districts like Thyolo there are traces of Kokholha dialect. Just like all major tribes of Malawi, the Lhomwes are not natives of Malawi but the Akafula also known as the Mwandionelapati or Abathwa, were the original natives of Malawi.

The Malawian government has taken a step in preserving the language by broadcasting news in Elhomwe language on its MBC radio 1. The establishment of the cultural organisation Mulhako Wa Alhomwe by the late President of Malawi, Bingu wa Mutharika, on 25 October, 2008, was another milestone. The Mulhako Wa Alhomwe has its headquarters at Chonde in Mulanje District. It was set up to preserve Lhomwe customs, beliefs and language. It has a library and a school of Elhomwe. 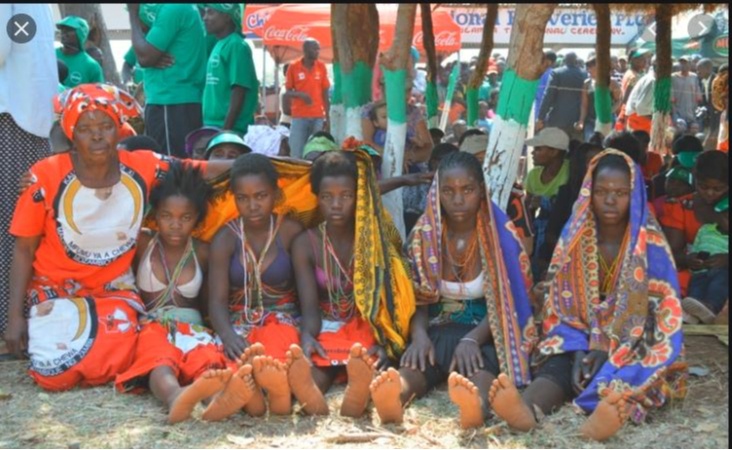