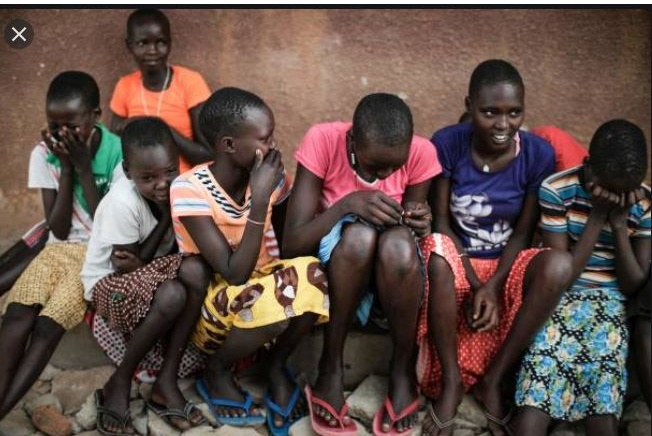 Tribes from the northwestern province of Zambia such as the Kaonde, Luvale, Lunda, Ndembu, Luvale, Chokwe, Mbunda and Luchazi practice ‘mukanda‘, which is when boys who reach puberty go into seclusion for a few months. They are circumcised and taught how to behave when they are married. At the end of the seclusion, there is a ceremony where the boys perform dances and are reunited with their family members. At the onset of puberty, some girls are taught how to elongate their labia. In the olden days, labia elongation was thought to ease a woman while she was in labor. In modern times, it is used more as an aphrodisiac for the man a woman will marry or have s£xual relations with.

LUSAKA, ZAMBIA – When Martha Mwelwa turned 14, her friends and family told her that she needed to begin stretching her labia minora. Now 22, Mwelwa says she did not dare to question her elders, but she did not understand why she had to stretch her genitals by hand.

Her grandmother told her that stretching the labia minora made childbirth easier, she says. But this was different from what she heard from her classmates in Lusaka, the capital of Zambia.

“My friends told me that we pull them for men,” Mwelwa says. “They said that if a girl does not have those, a man will not want her because men like them.” 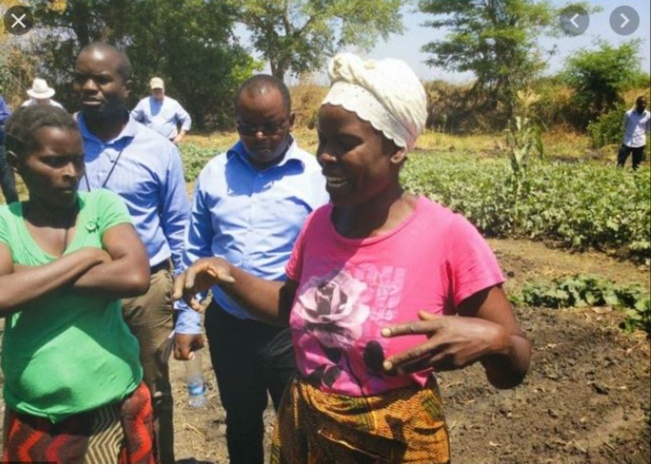 She and her two cousins discussed the practice behind closed doors, she says. They quietly questioned its purpose and wondered whether their own labia minora were a desirable length, which they understood to be as long as their pinky fingers.

“I used to pull in the bathroom or the bedroom,” Mwelwa says. “We did it in private most of the time.”

Mwelwa says the process of labia stretching was excruciatingly painful, but she did not resist the powerful cultural influence of the women in her family and social circle.

“I was pulling because my friends were doing it,” she says. “And even if it was painful, I still pulled.”

Despite the practice’s prevalence, few people are willing to speak openly about it. But women and girls report that peers and powerful cultural figures, such as family matriarchs, pressure them to stretch their labia minora.

“It is our culture,” Phiri says. “That is what we know. It is a lesson that we were taught when growing up, and it is beneficial to women. It is good. It is where we get our dignity and pride as African women.”

It is essential that girls stretch their genitalia if they wish to marry, as elongated labia increase s£xual enjoyment, Phiri says.

“Some women who do not believe in this thing of pulling, they see their husbands going for another girl,” she says. “When a woman has pulled, it really motivates a man.”

No research exists on the number of girls in Zambia who stretch their labia, but women report that the practice is widespread.

Girls should begin pulling their genitals at age 10 to stretch them to a desirable length, Phiri says.

Few men are willing to speak openly about the practice, but some do say that women must stretch their labia if they desire to marry.

Western influence tempts women into rejecting the practice, but elongated labia are a requirement for Zambian women, says Peter Daka, 29, who sells telephone scratch cards at a kiosk in Lusaka.

“I know that there is some Western culture that girls are following now,” he says. “But as African men, we like those things. So this is what I will tell you, my sister: A real woman must have them.”

Men do desire elongated labia on women, he says. But from his knowledge, the practice enhances s£xual pleasure for women as well.

Women who do not stretch their labia are more likely to have unfaithful partners or husbands, says housewife and former police officer Inonge Manda, 33. She will instruct her daughters to pull their labia when they are older.

“They will do it because it is part of our culture,” she says. “It is our identity. We are Africans, and this is what we do.”

“It is just sad that no one ever thinks about the health effects that this practice can have on women,” she says.

In addition to the stretching itself, women sometimes apply herbs to their genitals during the process without knowing whether they are safe, she says. Secrecy shrouds the identities and uses of these traditional plants. 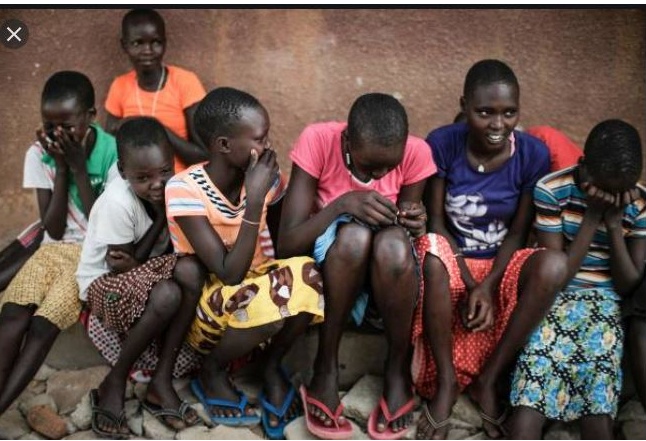 “I’m not sure whether this practice has any health effects on women,” she says. “But it is important to realize that the herbs and other substances used by women during the pulling of the labia minora are not medically tested and may be harmful to a woman’s genitals or reproductive health system.”

Marriage counselors sometimes give traditional herbs to girls to apply directly to the labia minora, which prevents the labia from shrinking, Phiri says. But she refused to share the names of the herbs.

“I cannot tell you the name of that thing because, you know, these are private things,” she says. “But I can tell you it is a very good herb that we women should use when we are doing this thing of pulling.”

Daniel Mwansa, a traditional marriage counselor, says that he, too, is reluctant to speak about the topic. But he acknowledges that marriage counselors instruct girls to stretch their labia without understanding the possible health consequences.

“I am aware that this cultural practice may have some harmful effects on the bodies of women and girls,” he says. “And as traditional marriage counselors, we are encouraging this practice without even thinking of the possible health effects.”

Zambian women need more information about the practice, he says. Because it is widespread throughout the country, he calls on health institutions and social organizations to research the potential effects of labia stretching.

But medical professionals in Zambia are reluctant to speak about the practice openly, fearing cultural backlash and social stigma.

Health care professionals at three institutions in Lusaka declined interviews, saying that they did not wish to break taboo by speaking about labia stretching. A nurse at a reproductive health clinic also said that writing publicly about the practice was uncultured and reflected poor manners.

Women’s rights activists say that the practice oppresses women and is an example of male domination.

Wala Nalungwe, a feminist and activist, says that powerful, cultural figures – such as marriage counselors and family matriarchs – unfairly pressure young women to stretch their labia.

“A lot of young girls and young women pull their labia minora because, ‘Grandma said so,’ or because, ‘Auntie said so,’” Nalungwe says.

Yet even older women do not understand why they pull their labia, she says. They manufacture false reasons to support the practice, scaring girls into pulling.

“Young women and girls are even threatened through myths of what could happen to them if they do not pull their labia minora,” Nalungwe says. “As a result, young girls and young women elongate their labia minora without clear cognizance of why they are pulling them.”

The practice of labia stretching denies women and girls autonomy over their bodies and s£xuality, she says.

“This practice is another form of male domination, which is actually being reinforced by women who have bought into patriarchal cultures that deny women autonomy over their bodies,” she says. “It is unfair that girls and young women are taught to pull their labia minora for the s£xual gratification of their male partners, not for their own s£xual fulfillment.”

Nalungwe calls for activists in Zambia to end all forms of female genital mutilation and female genital modification. Women and advocacy groups must make a concerted effort to spur change, she says.

Although Mwansa says he encourages advocacy groups to speak openly about the practice, he thinks that women will continue to promote labia stretching to other women. Although some cultural practices change with time, he is skeptical that labia stretching will ever disappear.

Phiri says that the practice will never end. Rather, Zambian women will continue to take pride in pulling their labia as a sign of true womanhood.