Home » Entertainment » OMG! In Egypt, When Criminals Are Caught Stealing, Their Face And Nose Are Cut Off [VIDEO] ​ 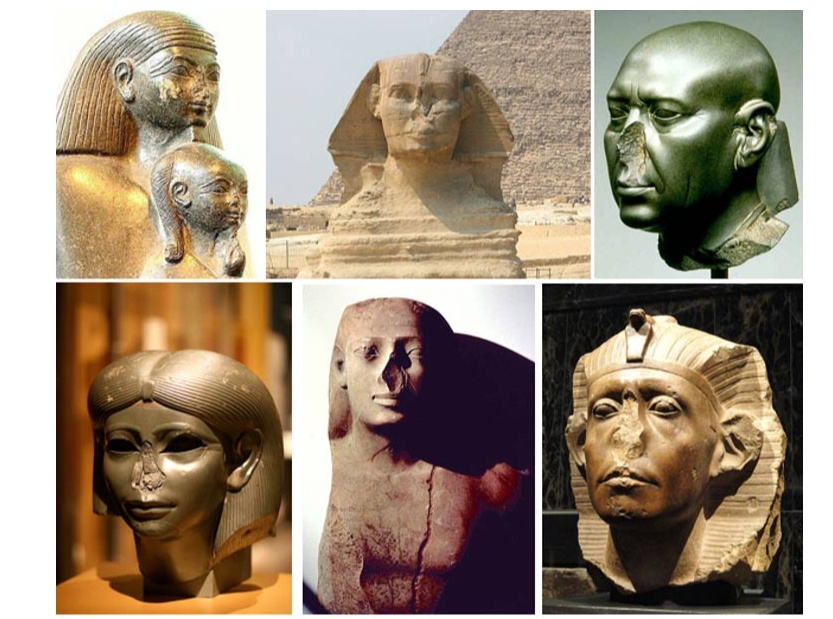 As prisons are places where criminals are kept, in Egypt, there is a place called Rhinocolura, named for strange faces of people who had no nose.

These men were criminals, and Rhinocolura was their prison. The city was built by one of the kings of ancient Egypt as a punishment for thieves.

The men who lived there had all been caught stealing. Their noses were cut off of their faces and they were condemned to live in this city on the edge of the desert.https://youtu.be/07jsdtFLs_0

These men would never again be able to re-enter society. If one managed to escape over the city walls, his severed nose would give him away as a criminal to anyone who saw him. His only choice was to try to eke out some kind of life within the city walls.

He might not change his ways, and he might go on tormenting others – but at least, the Egyptians believed, his only victims here would be his fellow criminals.

Life there was brutal and hard. There was hardly a drop of water in the whole city, with their only source coming from polluted wells buried under the ground. Still, the people in the city survived, catching fish in the sea with reed nets and hunting the few quails that would fly by. Rhinocolura is a city from a different time when crime and punishment were doled out an eye for an eye. 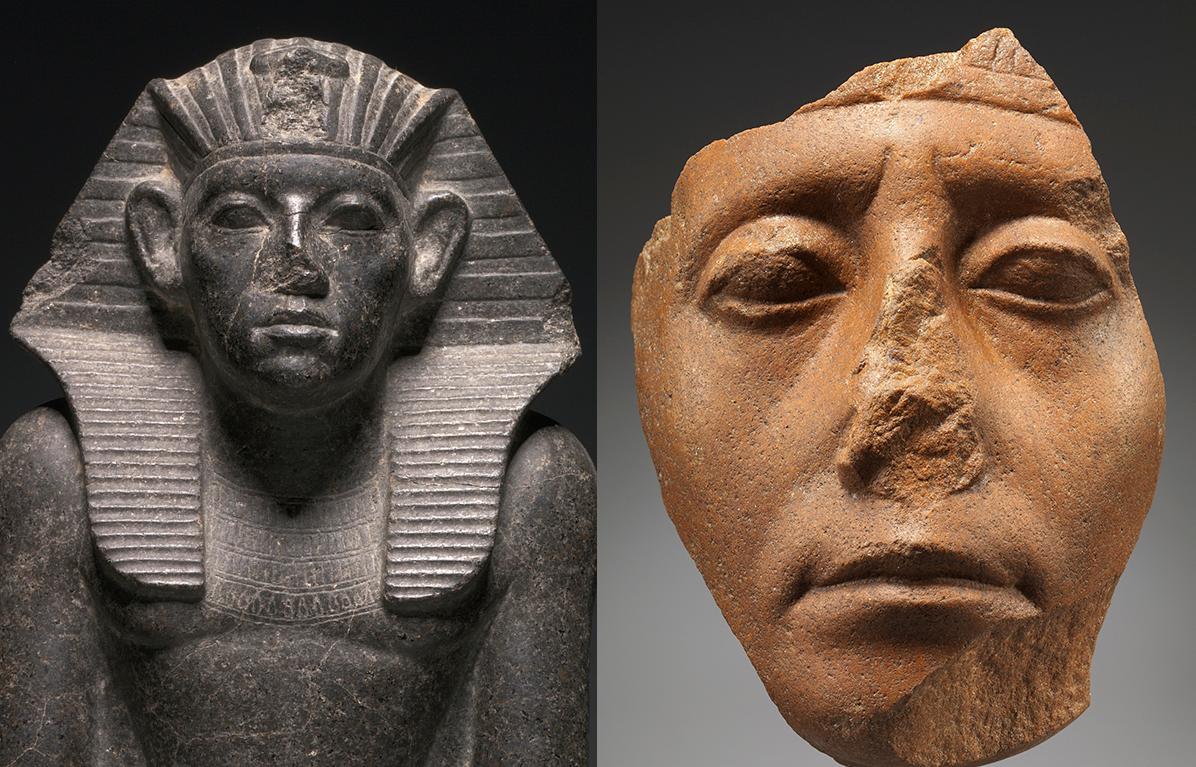 The grotesque city where men with severed nose struggled to survive was, in its time, viewed as an act of benevolence from a lenient ruler. It’s such a strange place to imagine that some people have written it off as a myth – but Rhinocolura was real. There really was a time in Egypt’s history when criminal’s noses were cut off and they were forced to fend for themselves in a brutal desert city.

The city was likely built around 1300 BC, but little that was written more than 3,000 years ago still exists today. Instead, most of what we know about the city comes from people who lived a thousand years after it was built.

Ancient Greek, Roman, and Jewish writers all mention the city, but when these writers lived it was just a normal city with normal people. By then, its strange past was already the stuff of legends. 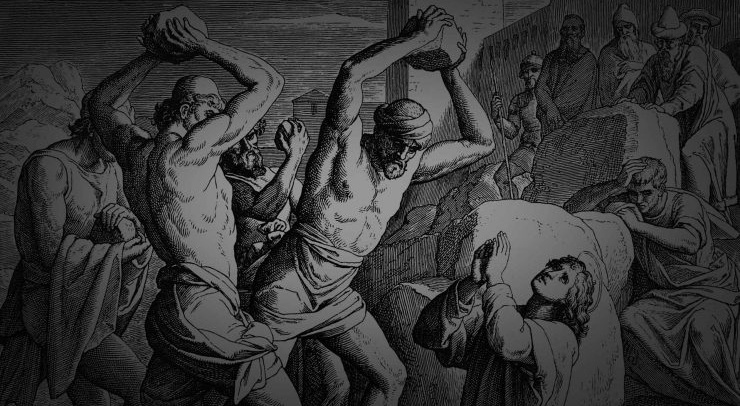 The truth of its history had been muddled, and people believed that it was built around 500 BC by a benevolent Ethiopian king who overthrew the pharaoh. Archaeology, though, suggests otherwise. In the 1880s, an archaeologist found, for the first time, proof that a city of noseless criminals really existed.

The legends that were passed around in 30 BC were true – but it was a far older story than they realized. By then, its story had already lived on for 1,300 years. That discovery was The Great Edict of Horemheb, a stone slab outlining the laws of a pharaoh who ruled between 1321 to 1293 BC.  In his tablet, he calls the city Tharu, but this, it’s generally believed, was just the Egyptian name for Rhinocolura.

The tablet warns against stealing from anyone who works to serve the pharaoh. “This is wrong,” the tablet declares, “and the Pharaoh will suppress it by his excellent measures.” These excellent measures perfectly fit the stories of Rhinocolura: “His nose shall be cut off, and he shall be sent to Tharu.”

Horemheb probably built the city, but he doesn’t seem to have been the last one to use it. The tradition of cutting off noses lived on for a long time. 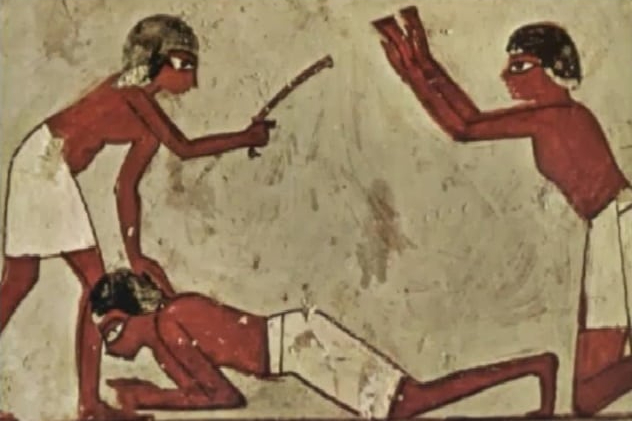 Nearly 150 years later, after Ramses III’s wife slit his throat in his sleep, her co-conspirators were sentenced to have their noses removed. “Punishment was executed,” the reports declare, “by cutting off their noses and ears.”

It’s not completely clear whether these people were sent to Rhinocolura, but they were definitely terrified of the fate that awaited them. One, as soon as he was left alone, took his own life, preferring to die than life branded as a criminal by the severed nose on his face.

Life, in Rhinocolura, was undoubtedly brutal, and it must have felt like a death sentence to the people who were sent there. But despite how hard life there was, something incredible came out of it. About 10 years ago, archaeologists actually found it, and it wasn’t quite what you’d expect. This wasn’t a place where people gave up hope – it was one of the greatest cities in ancient Egypt.

Rhinocolura was a massive fortress guarded by a wall 1,640 feet (499.87 meters) long and towers 66 feet (20.12 meters) high. In its time, it was an indomitable city. It was regularly visited by kings, and no army ever managed to conquer it.

These walls were built about 3,000 years ago – around the same time that Horemheb started sending prisoners there. There’s reason to think that’s no coincidence.

The Greek writer Herodotus reported an ancient pharaoh, believed to be the founder of Rhinocolura, sentenced criminals to build incredibly high walls . As the walls of Rhinocolura were among the tallest in Egypt, it’s very likely that they were built by condemned men.

It gives a little glimmer of hope to the story of the city. The men who lived there definitely struggled through hard lives, but they were given a second chance, and it seems like they took it.

The convicted men who filled this city didn’t just squabble, fight, and give up – they built a massive city that would be remembered for thousands of years.