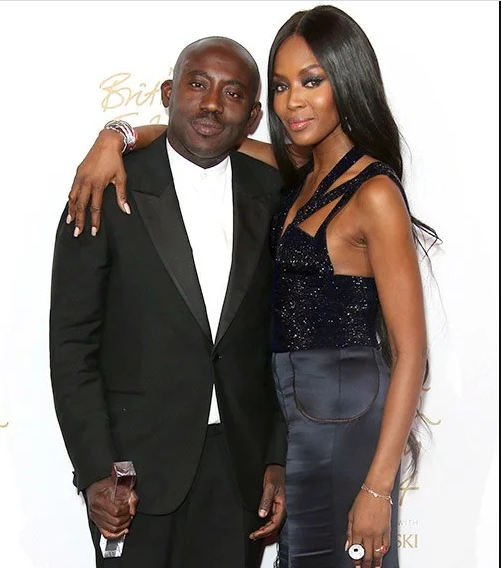 British supermodel, Naomi Campbell and Vogue editor Edward Enninful, who have been friends for 30-years have reportedly fallen out.

This comes two years after the supermodel was unveiled as a contributing editor to British Vogue.

Questions are now being raised over her future at the magazine, as sources believe her work for the publication could end anytime soon after her rumoured clash with Enninful.

According to Daily Mail, the problems began last month when Ms. Campbell won the Fashion Icon award at the British Fashion Awards. She is said to have complained Mr. Enninful didn’t congratulate her as effusively as she would have wanted.

One source said: ‘Edward has the patience of a saint. As a former fashion stylist, he has worked with high-maintenance models for a very long time.

He has also been very tolerant of Naomi but recently he has been telling people this is it.

‘It seems he has had it with her and he hasn’t exactly been making a secret about it.’

Another Vogue insider said Mr. Enninful had struggled to accommodate the model’s expectations within Vogue’s budget.

They added: ‘When Naomi does a shoot, it has to be in swanky suites with cars taking her everywhere. It is very expensive having Naomi.’

But a spokesman for British Vogue denied there was any fallout and said Ms. Campbell will appear in the March issue, out this week.