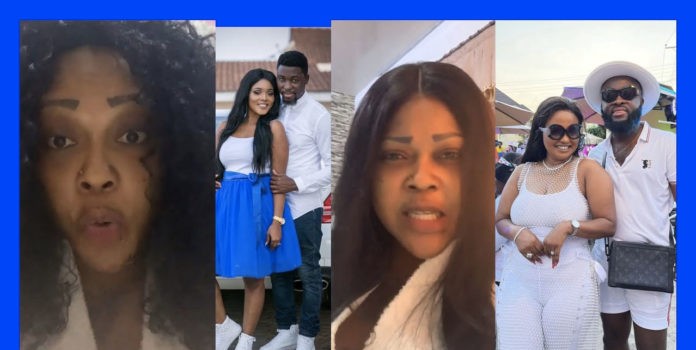 Television presenter Mona Gucci who threatened to expose Nana Ama McBrown for conspiring with her panellists to disgrace her on her show has delivered on her promise.

In an exclusive interview with a TV, the self-acclaimed legal practitioner stated that she was amazed about how McBrown’s handled the show.

Mona Gucci , who sounded very angry advised Nana Ama Mcbrown to concentrate on her marital problems rather than conspiring against her.

According to Mona, McBrown’s husband had an affair with her best friend and currently, they are on bad terms.

Mona also revealed that her cousin based in London is the one taking care of A Plus’s wife because he is unable to cater for his family’s needs.

“They shouldn’t make me their headache, A Plus should think about his wife and McBrown should also think about her marital problems.

From what I’ve heard, McBrown’s husband slept with her best friend and now they are not on speaking terms. Nobody can intimidate me in this industry”, Mona Gucci disclosed.

Mona Gucci further stated that the main reason she was invited on the show was to be ridiculed which is unacceptable.