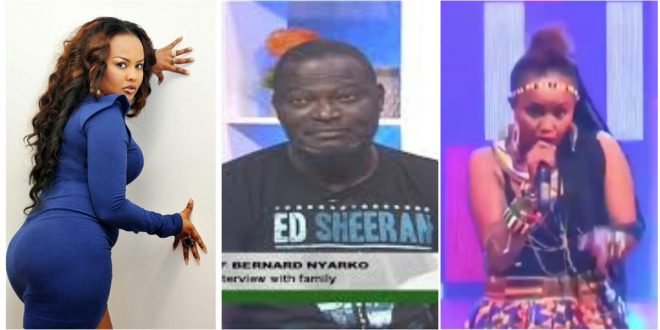 Kumawood actress Nana Ama McBrown has responded to Isaac Darko, the brother of the late Bishop Bernard Nyarko for calling her a liar.

the brother of Bishop, Isaac Darko in an interview on Adom TV’s Badwam show called McBrown a liar who has Satan in her.

•  Hilarious: This is why Desmond Elliot is trending

all this comes after McBrown claimed she tried countless times to reach out to Bishop when he was sick but his family kept on tossing her until his demise.

well, McBrown immediately called on the show after Bishop’s brother called her a liar to clarify herself.

watch the video below;