Home » Entertainment » MUST READ! See Why African Women Are Not Allowed To Drum 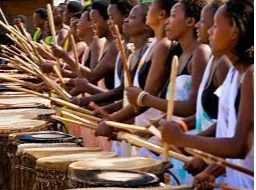 Drumming is an important aspect of African culture etched deeply in many traditional practices. There are only a few African cultures that do not have drumming as an integral part of their many social activities.

Due to their cultural significance in Africa, the art of drumming has been for many years mastered by men and only a few societies allow women to play drums. Even in societies that allow women to take part in drumming, they are not allowed to take up drum playing during specific ceremonies and it is a taboo for women to go near and play specific scared drums.

In modern times, women are changing gender roles and expectations, and are doing so by breaking the taboo of drum playing in their cultural settings. While this seems to be making an impact, many societies are working hard at keeping to centuries-old customs that prevent women from drumming.

While women continue to fight for equality in all settings, here are 4 shocking reasons why women are not allowed to play the drums in the majority of African societies.

In many African cultures, a woman’s menstrual cycle is a time when she is seen as unclean. In several ancient African societies, especially in West and Eastern Africa, women were isolated during their time of the month and were not allowed to cook for their husbands. In their absence, food was always prepared by other wives or older children. 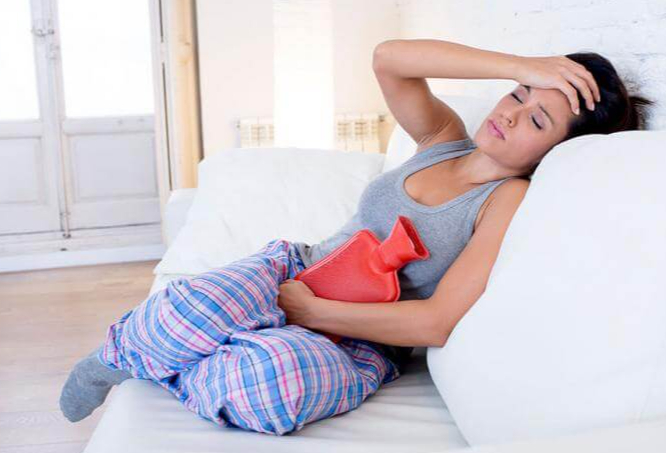 For the same reason of uncleanliness, women were not allowed to go near drums or even play them, especially during traditional rites. It is believed that their menstrual cycle disempowered the drums, was disrespectful to the gods, and did not allow them the proper state of mind to play.

Since a woman’s menstruation was not to be of public knowledge, it was better to ban women from playing the drums altogether and have men, who were always available to play them.

Display and celebration of masculinity

As one of the most important and respected instruments, drums were put in the same bracket as men and soon became a more masculine instrument.

Due to its domineering sound among all instruments as well as sharing various characteristics with men, it soon became a general belief that men and drums were very much alike since their roles in society were key to progress.

Many rituals and celebrations could not be done without drumming and it was believed that society would not be able to progress without men who were the heads of families. 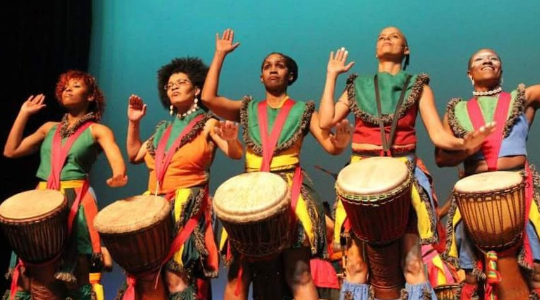 Still, in line with the issue of masculinity, it was preferable that men and boys play the drums because they were believed to be physically, mentally, and spiritually stronger than women.

Women have been accepted as the weaker s$x in African societies and such a notion comes to full display during social activities. Men were chosen to drum because they were accepted as stronger to keep up with the intensity that came with drumming.

Women were also not allowed to drum especially during royal and spiritual ceremonies because they were not spiritually strong to communicate with the spirits that rose during drumming.

Sometimes, drummers got possessed when drumming and needed to be very strong to withstand the spiritual activities in them and also continue playing. Whenever a woman was possessed, she would suddenly collapse on the floor or become very weak and drumming was not an activity that could contain such ‘weakness’.

In many African cultures, it is a taboo for women to be seen at or actively part of ceremonies that needed drumming. Many cultural events and sacrifices did not allow women and girls to partake.

This made it very challenging for women to be given the responsibility of playing the drums. Women were mostly dancers and singers while the men drummed. It was also believed that the roles and expectations of women did not allow them the time to have such important roles in society.

It was unheard of to have a girl leave her home and learn the skill of drum playing at the expense of learning how to keep a home through older women. Older women could also not leave the home and family to attend and play at a function. It was easier for men who were more available to take up such roles.